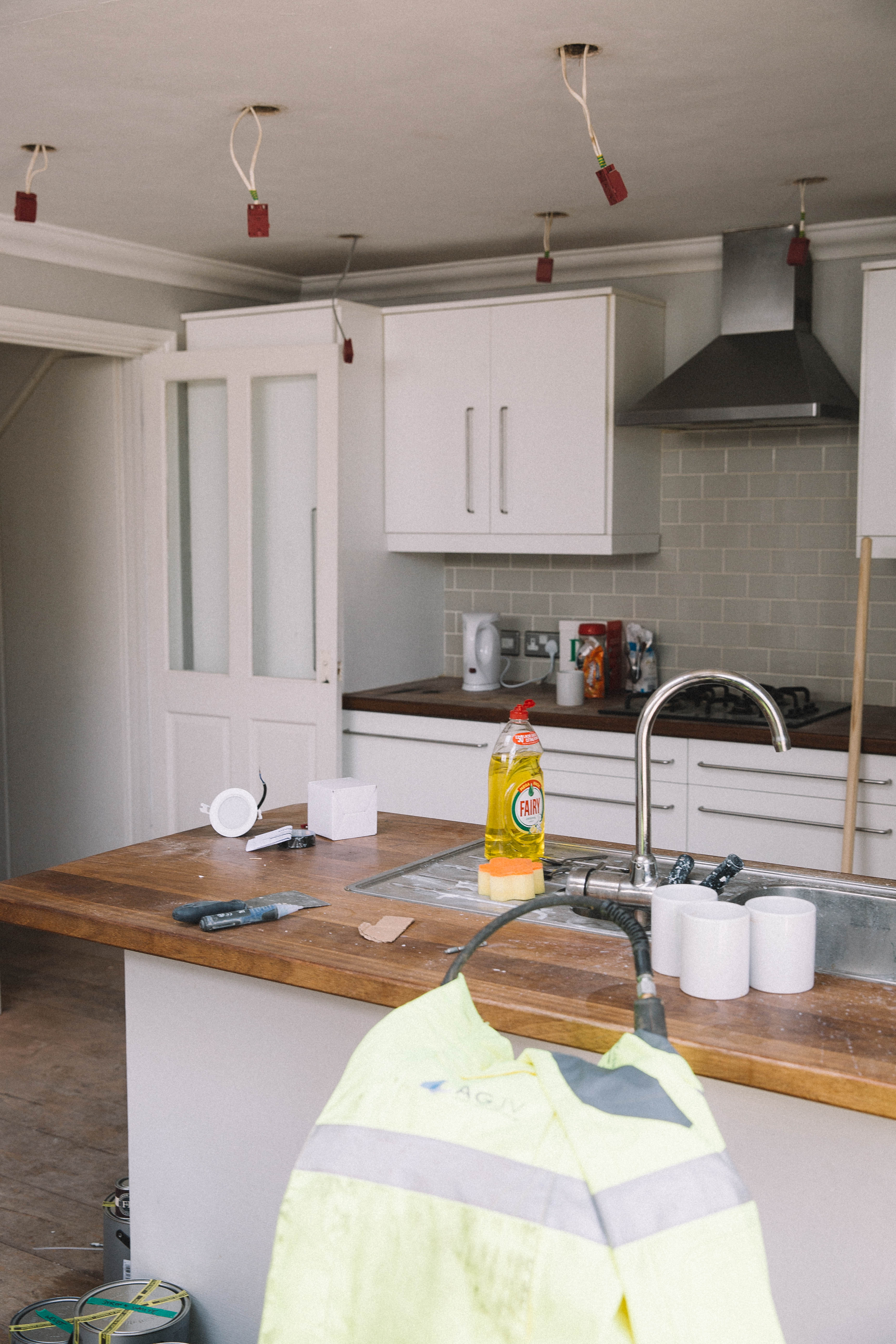 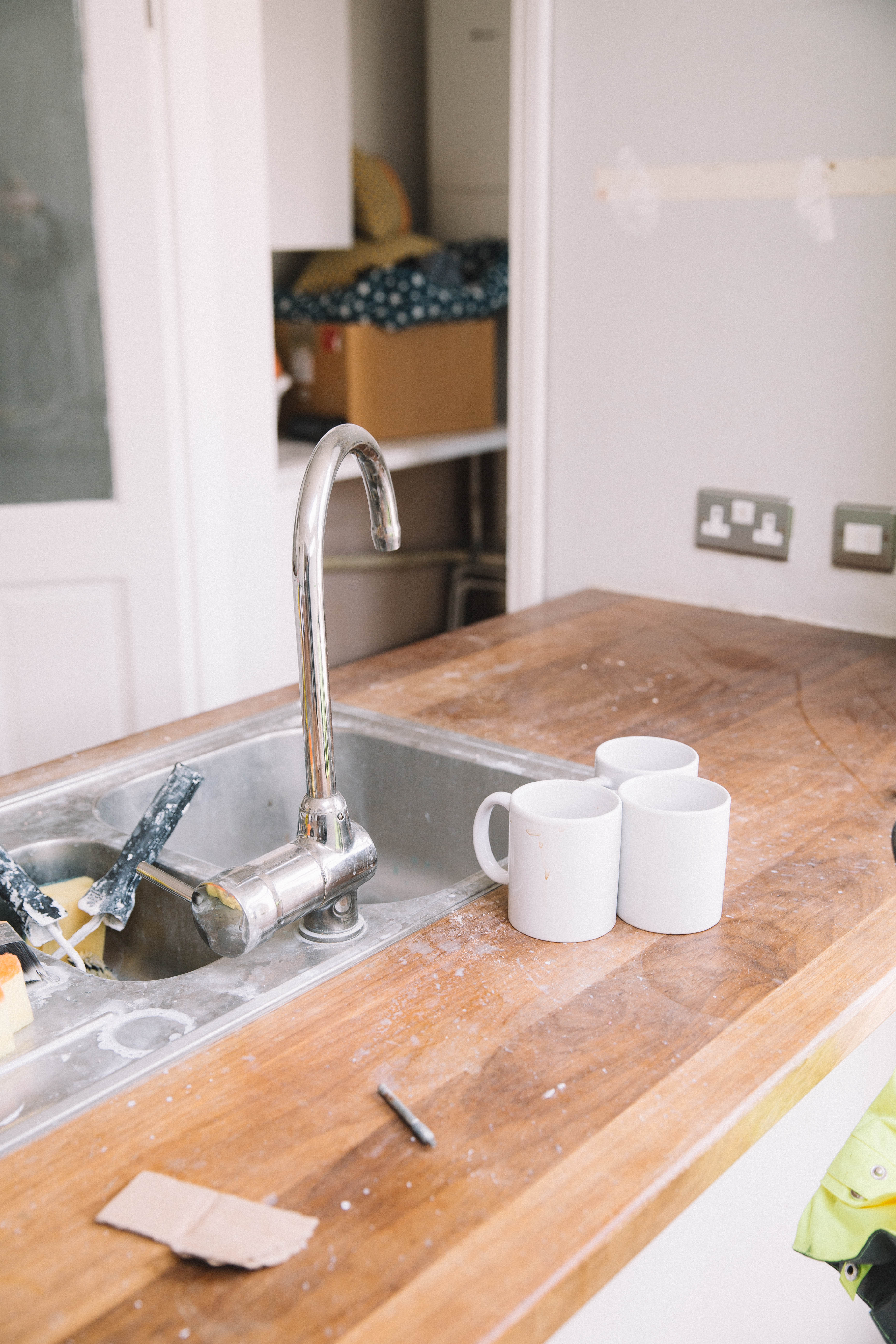 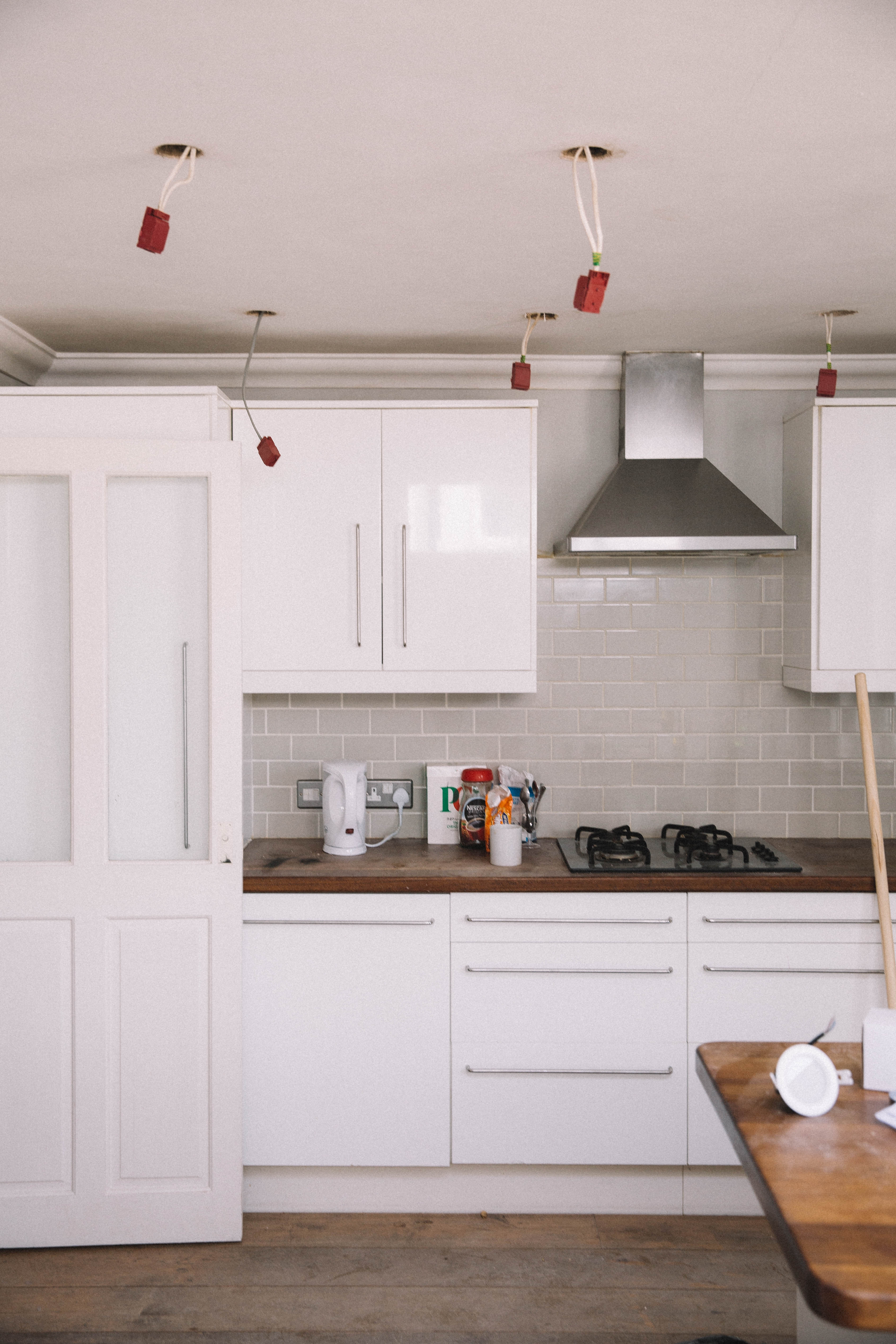 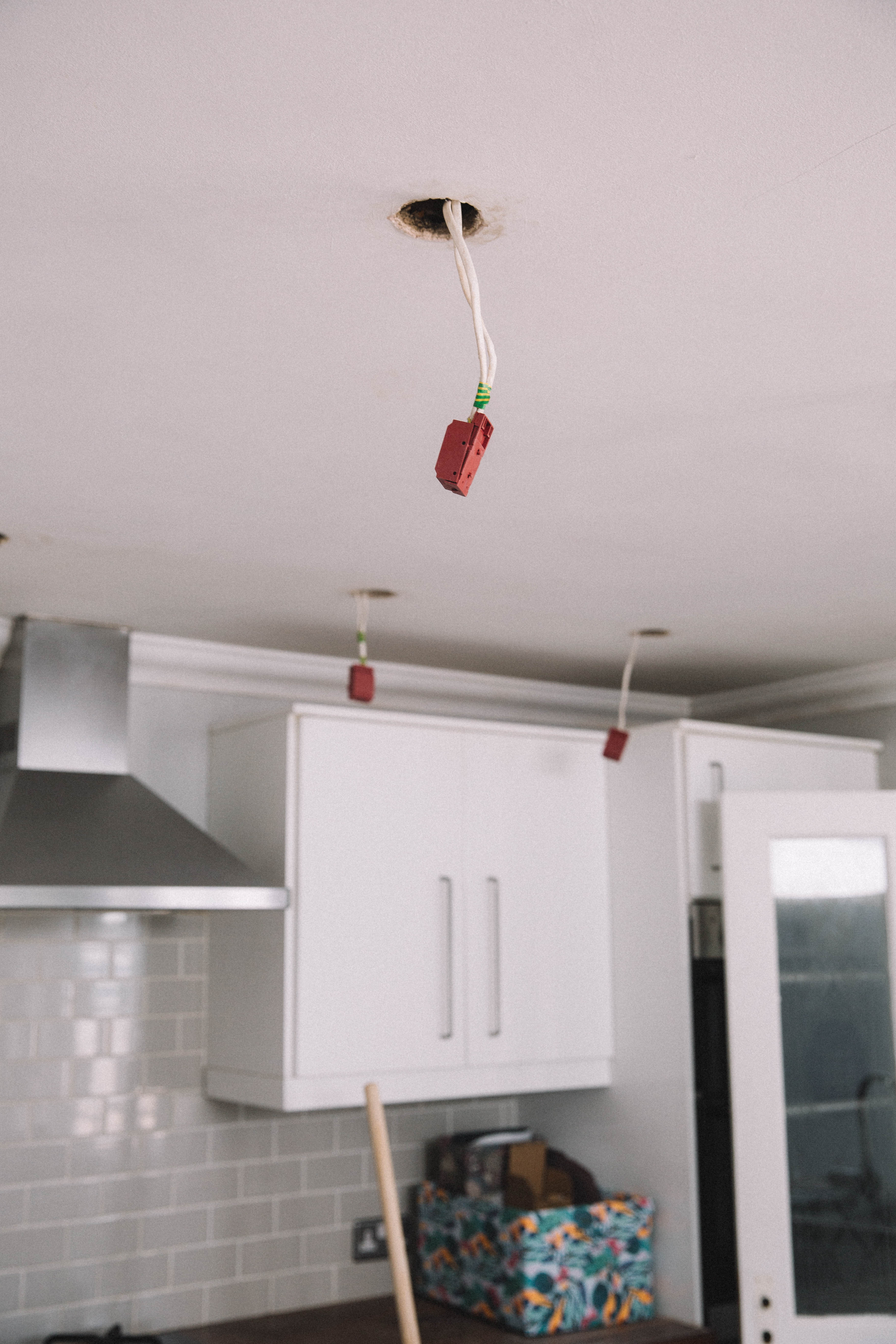 Hiya! So, you might have seen that I’ve started a weekly ‘House Diaries’ update every Monday on Insta Stories! It’s a re-cap of the week, including all that’s been going on with the house… the good, the bad and the stressful! Alongside all of the images, I’ll be rambling on about what’s changed, how things are going and where we’re at in terms of the renovation.

I loved posting last weeks so much that I thought, ya know what, why don’t we bring it over to the blog too… That way I can show some images that are bigger and clearer whilst also giving a little more detail about what’s been going on! 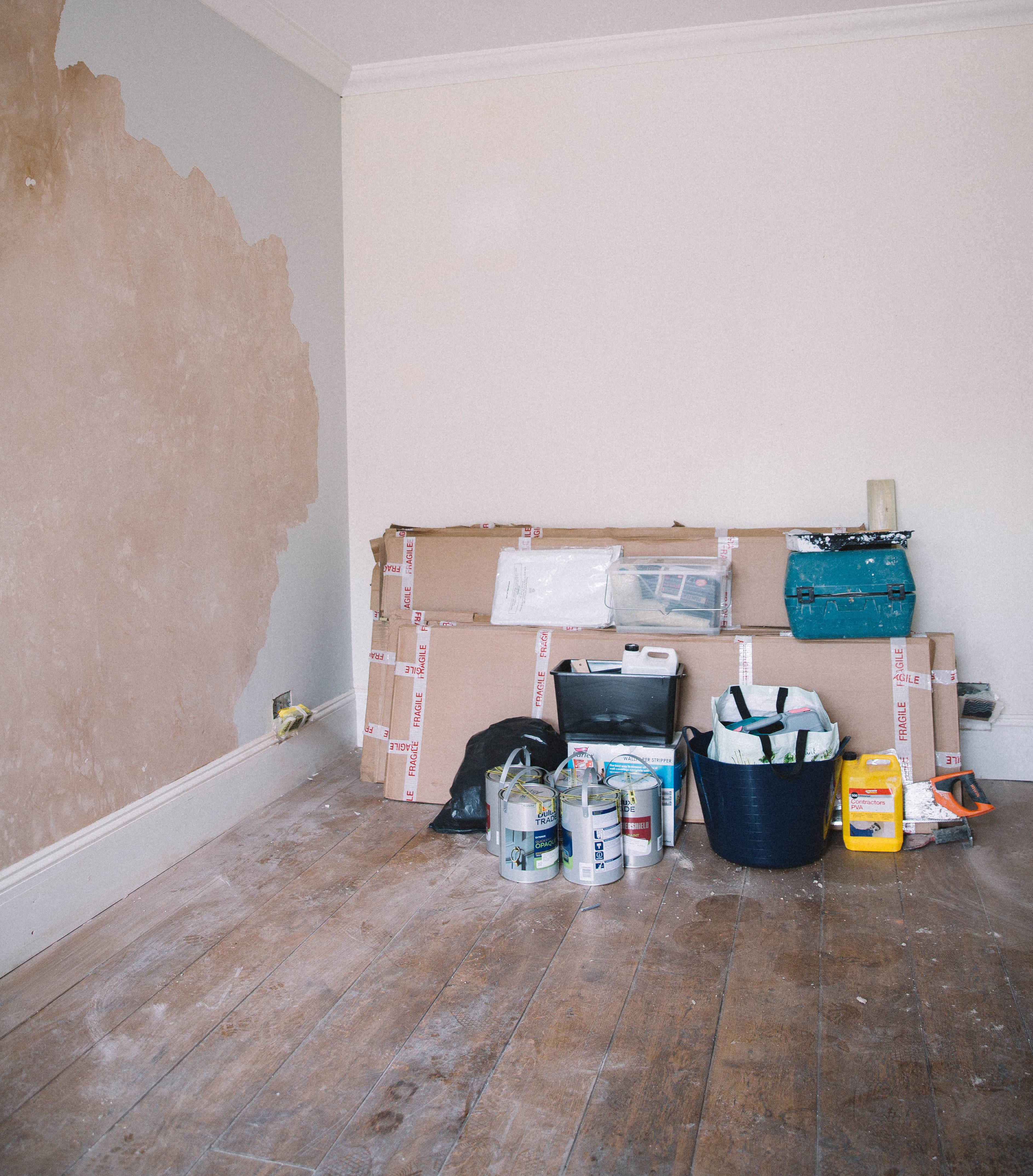 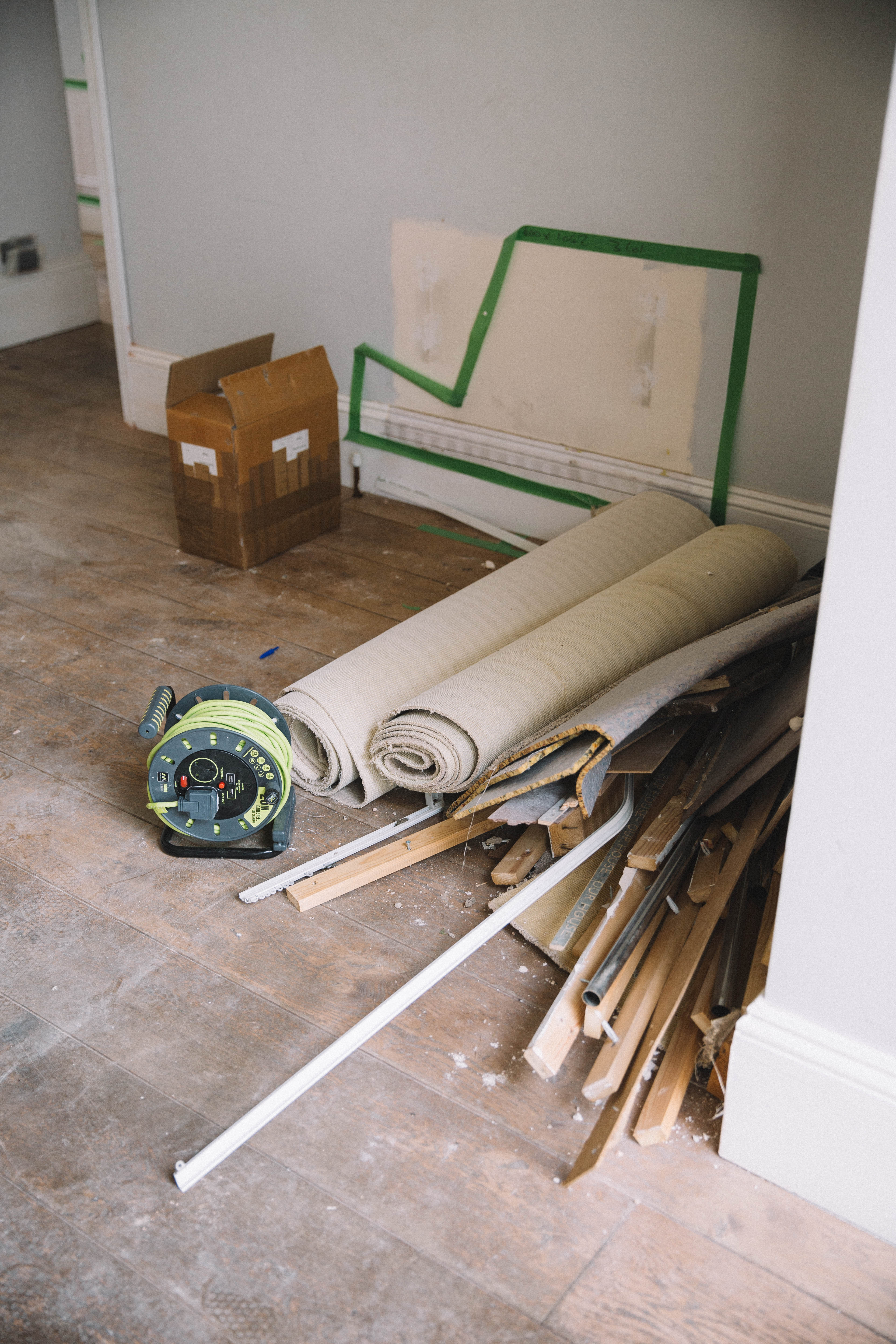 First things first, let’s chat lights, or down-lights to be exact… Something I wouldn’t have even considered six months ago, but it turns out that one, I’m very picky, and two, the kind we were after were bloody hard to find!

As we are going with quite bold, dark colours throughout the house we wanted to switch up the original chrome ones for white instead. This way we hoped they would feel discrete and instead of being drawn to the lights themselves, you’d be drawn to the room and the colour!

We ~finally~ found the perfect ones after ordering (and sending back) at least four rounds of unsuccessful ones… They’re the right colour, size and also have frosted glass which means you can’t see the bulb inside which was the main point I was very clear about having! Thankfully, we have a v patient electrician but, good god, I’m happy that one’s now ticked off the list! 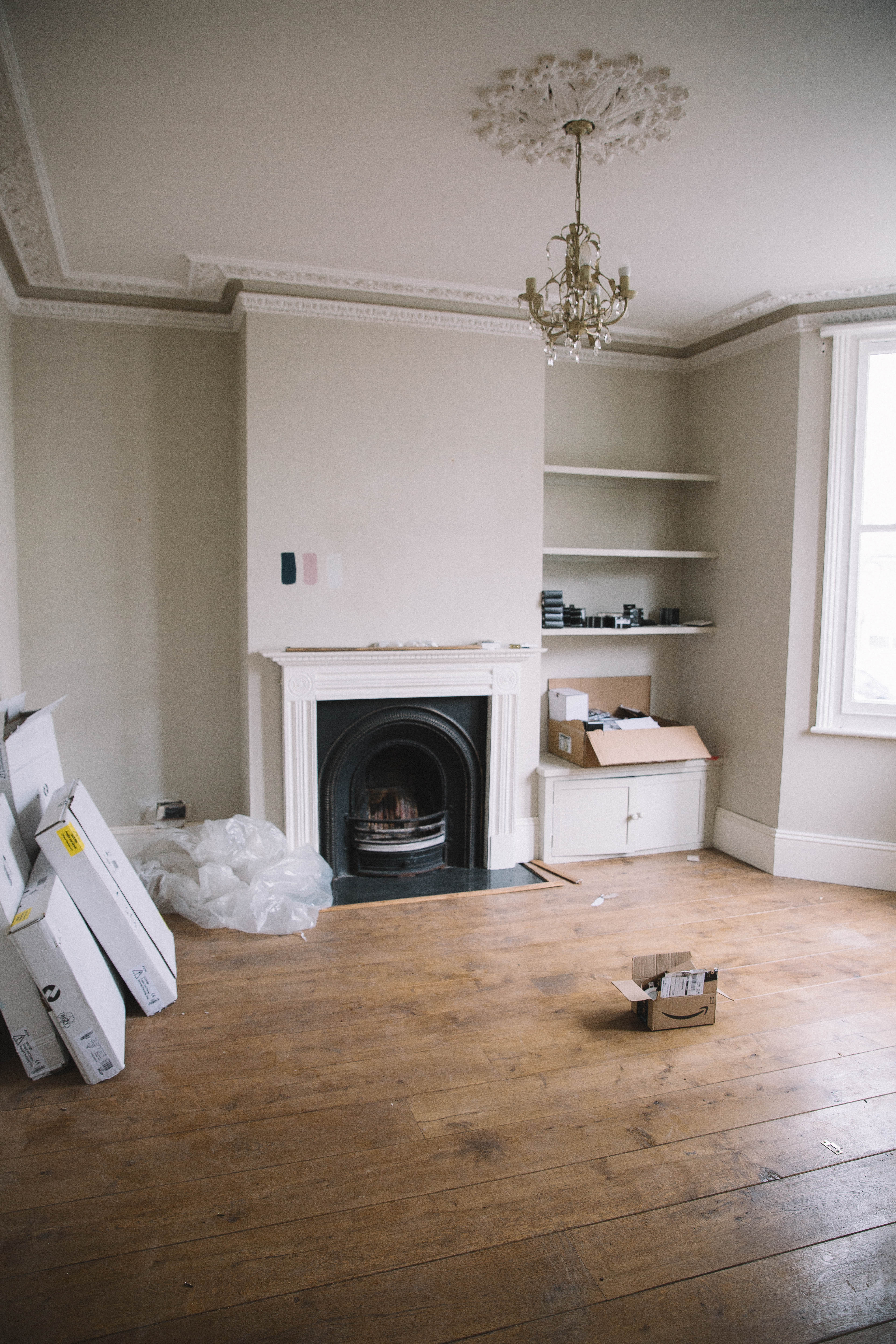 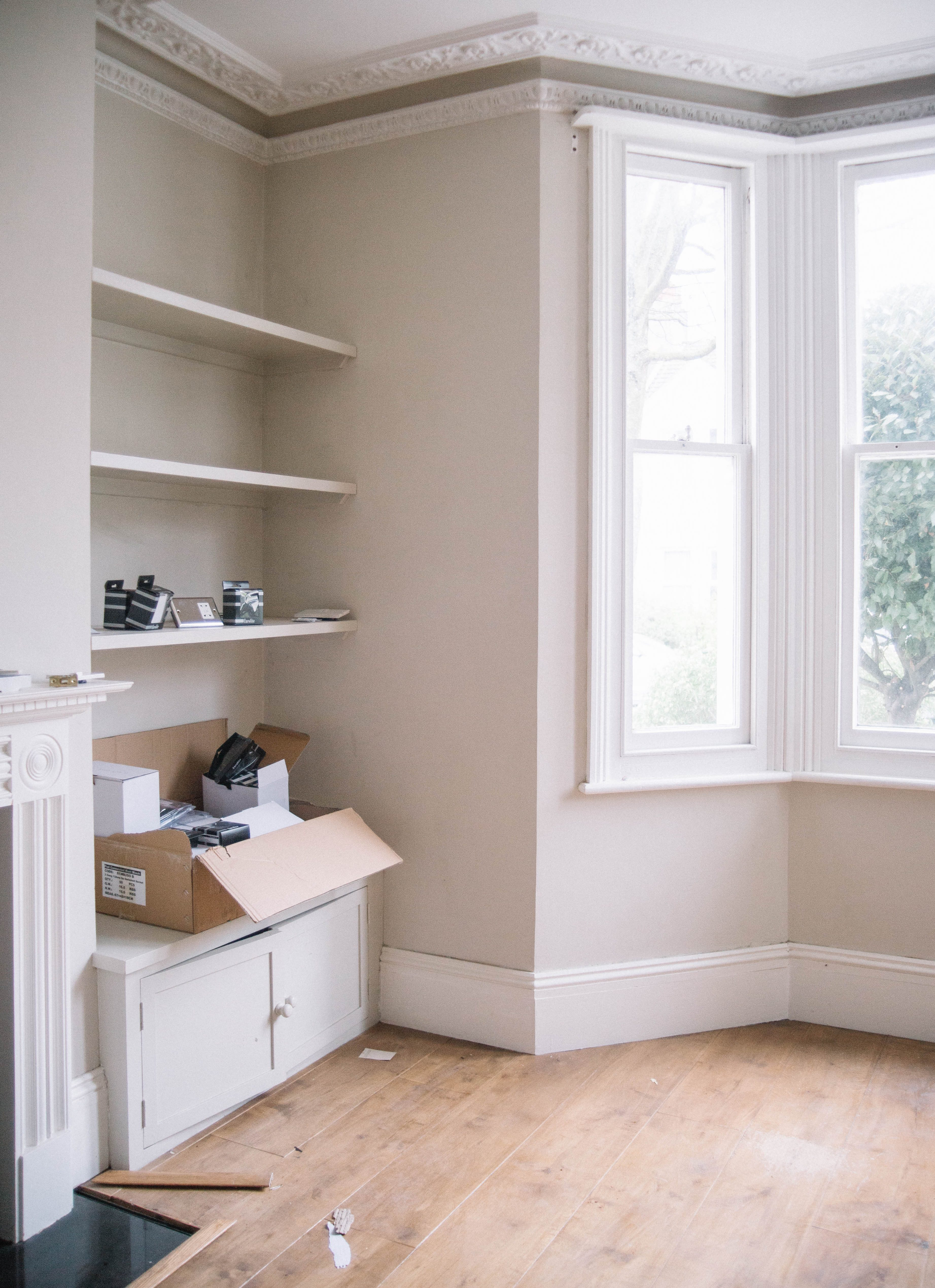 Onto radiators – now I think this time last week they had just arrived but we were still waiting on the valves. So, the valves have arrived and they are everything I had hoped for and more… Christ, never did I think I’d be talking about radiator valves in the same way that I would a new ‘Charlotte Tilbury’ eyeshadow palette… but here we are! Originally we were in two minds about picking these particular ones… We had found some that were slightly cheaper, but I just had a feeling that these were going to be ~so~ worth it and I’m so happy that I went with my gut because as far as valves go, to me, these are perfection. Overly dramatic yes, shits given, zero. I love em. 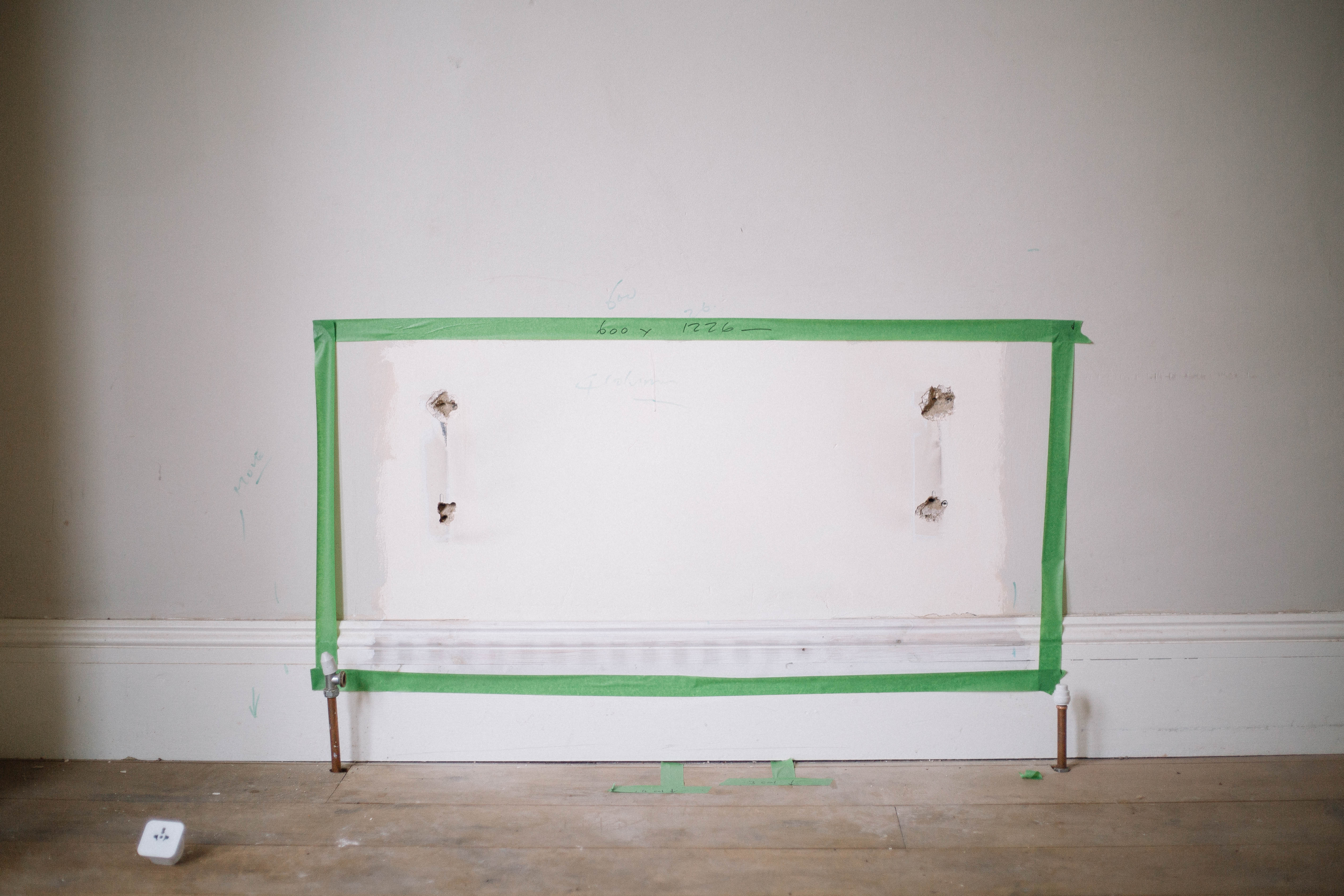 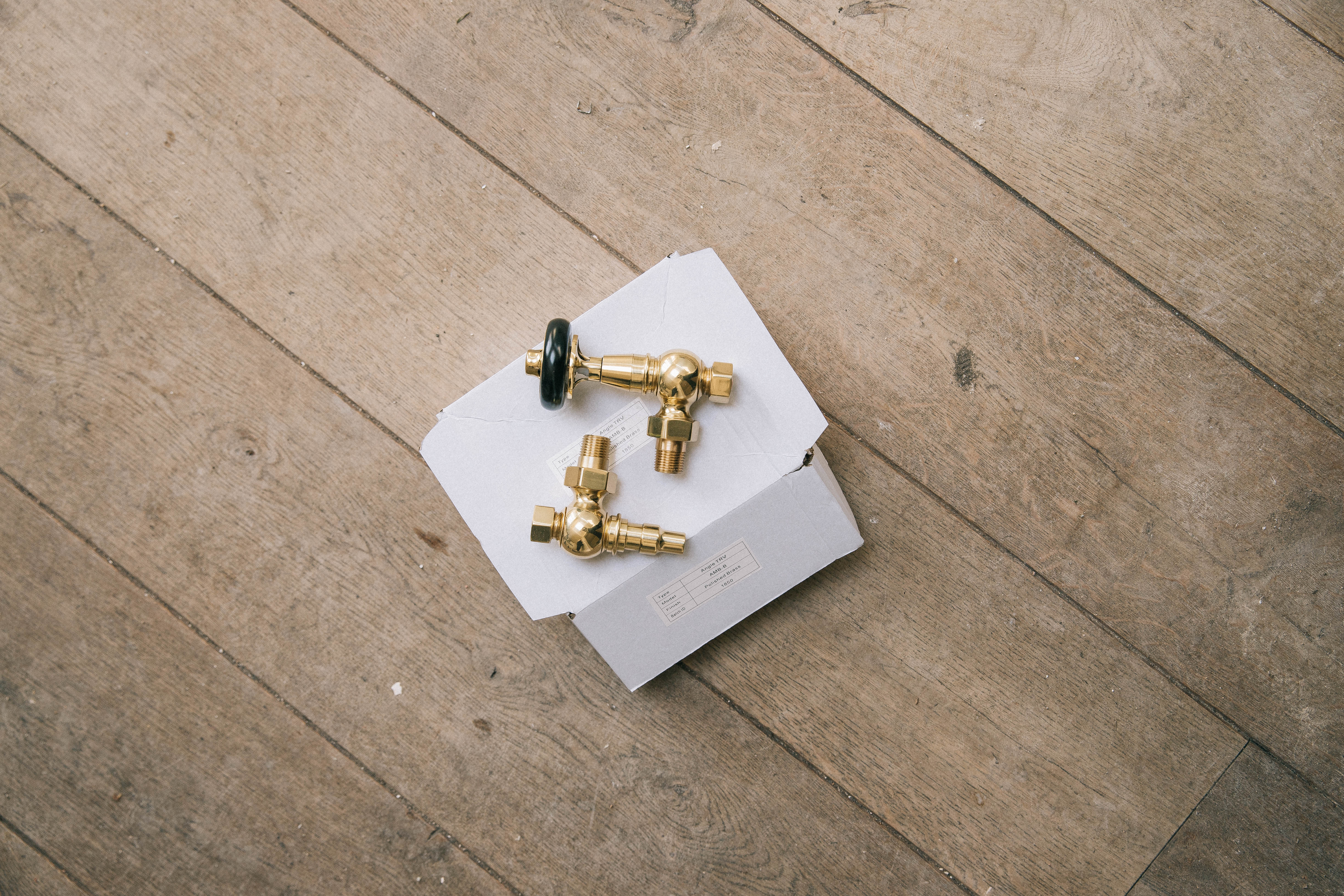 The floorboards! Since deciding we were keeping the original floorboards in our bedroom it’s been all systems go. Our builder had a great idea of replacing a couple of the new boards in the main bedroom with some of the originals from the middle spare bedroom. This way it will look more even in style as it would mean having original boards throughout…  So, the boards are coming up and being switched and fingers crossed, soon we will have a lovely new bedroom floor! 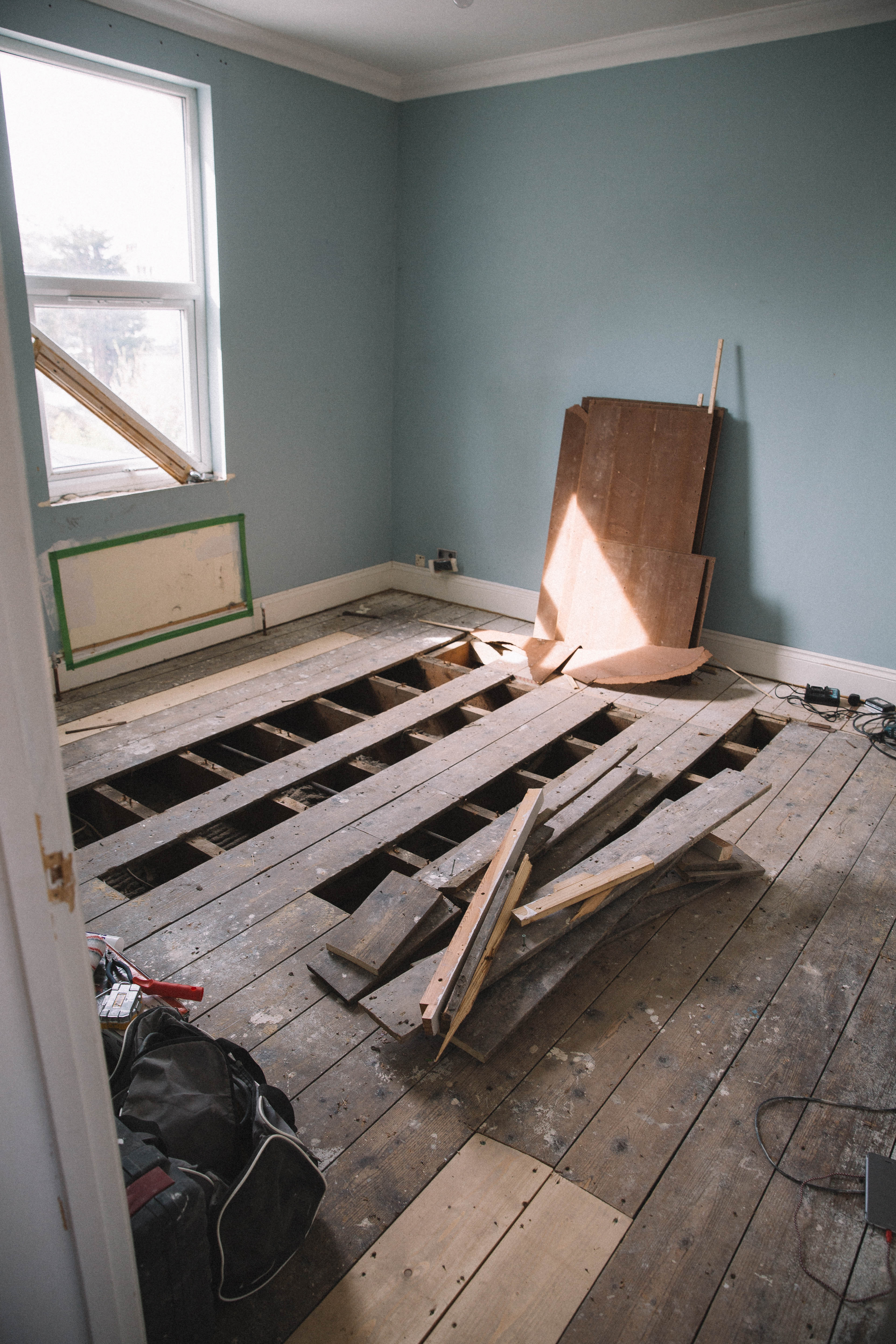 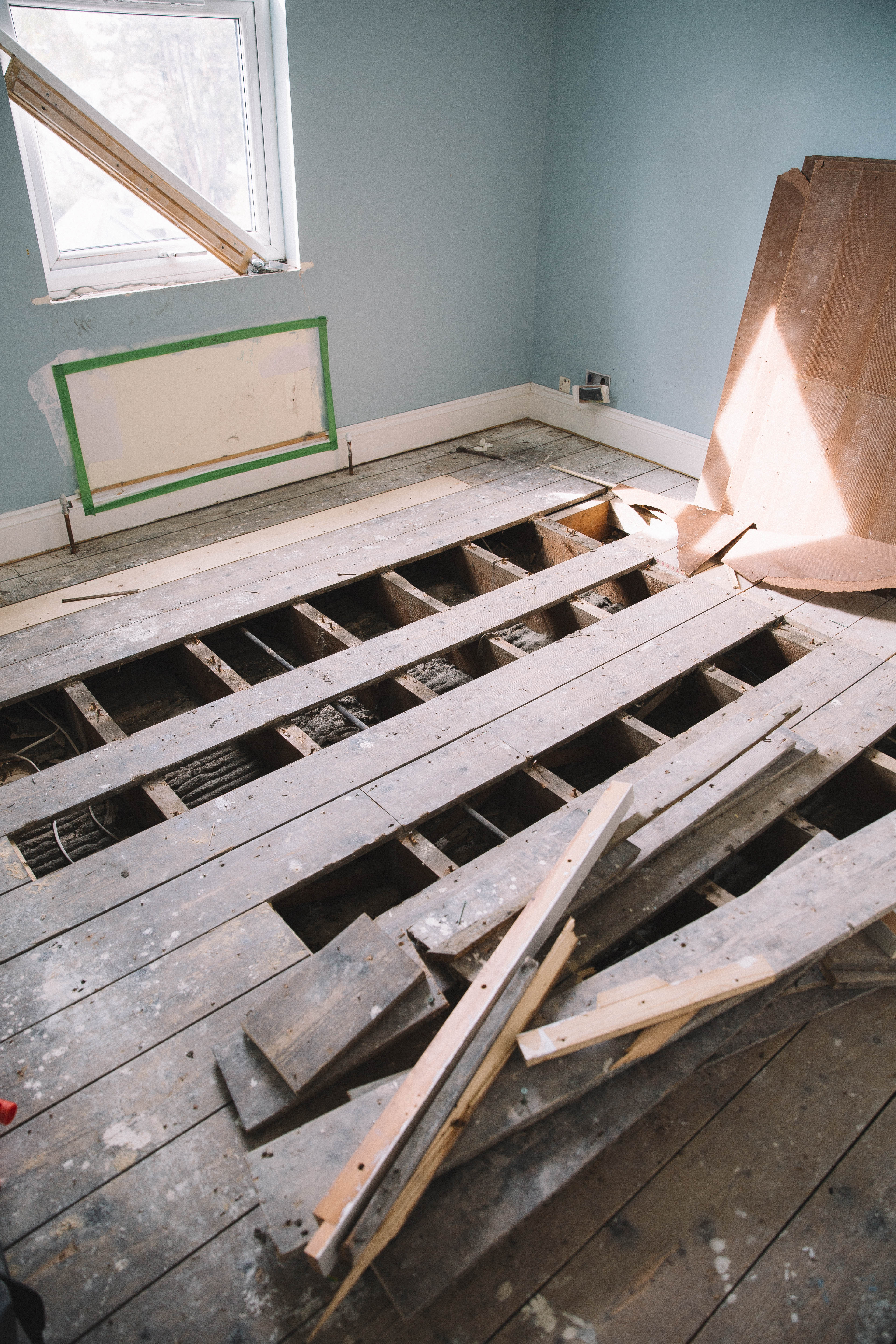 Right, now for the bedroom itself… We have colour! Yasss! This makes me so happy as this was one of the rooms I was a little nervous about, but I’m SO happy with it so far! We’ve gone for a super lovely grey as the base for the walls and the skirting boards, paired with a traditional white ceiling and then a dark bluey-grey for the woodwork. This felt like a bit of a risk to me, but I absolutely love it. 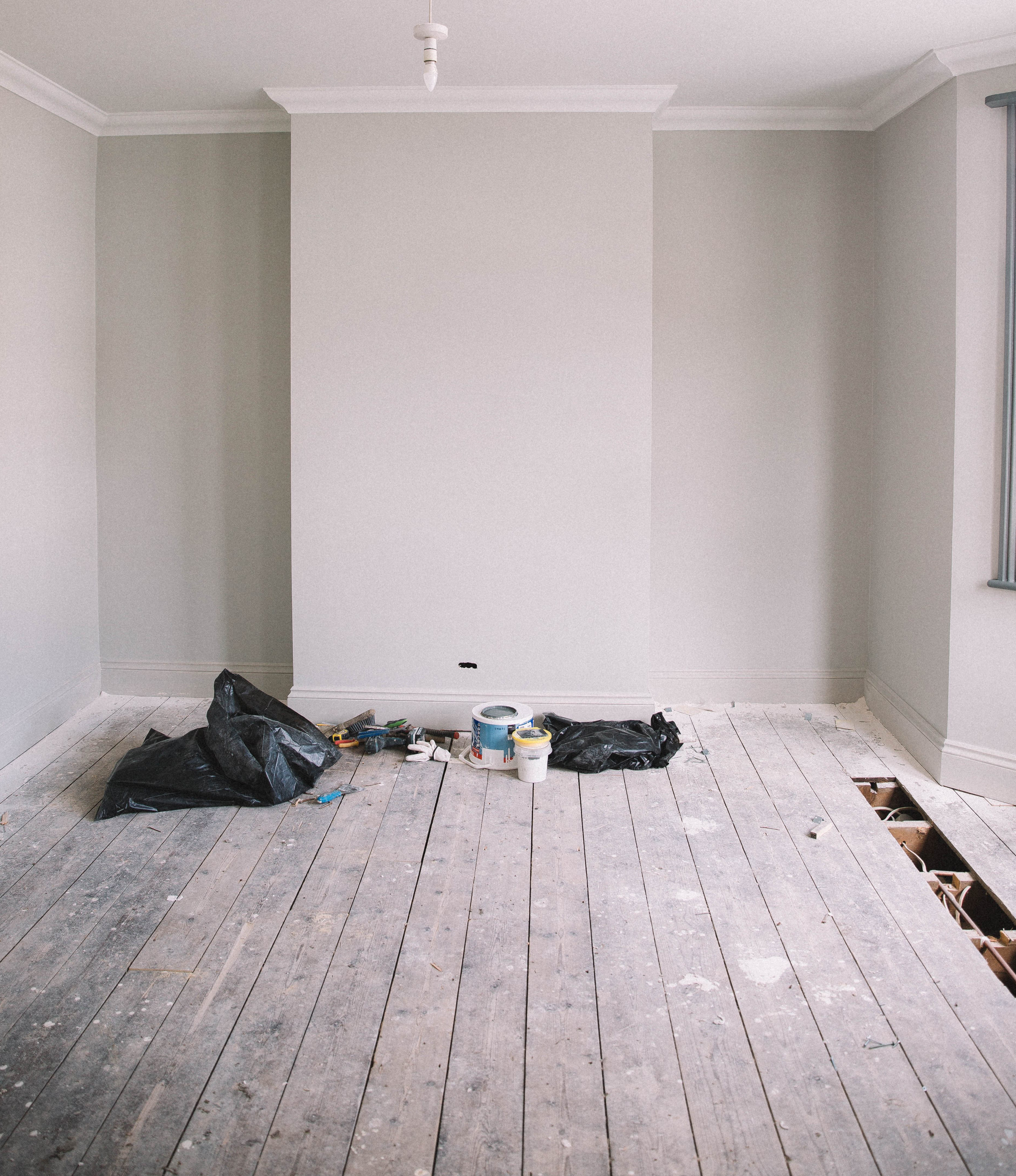 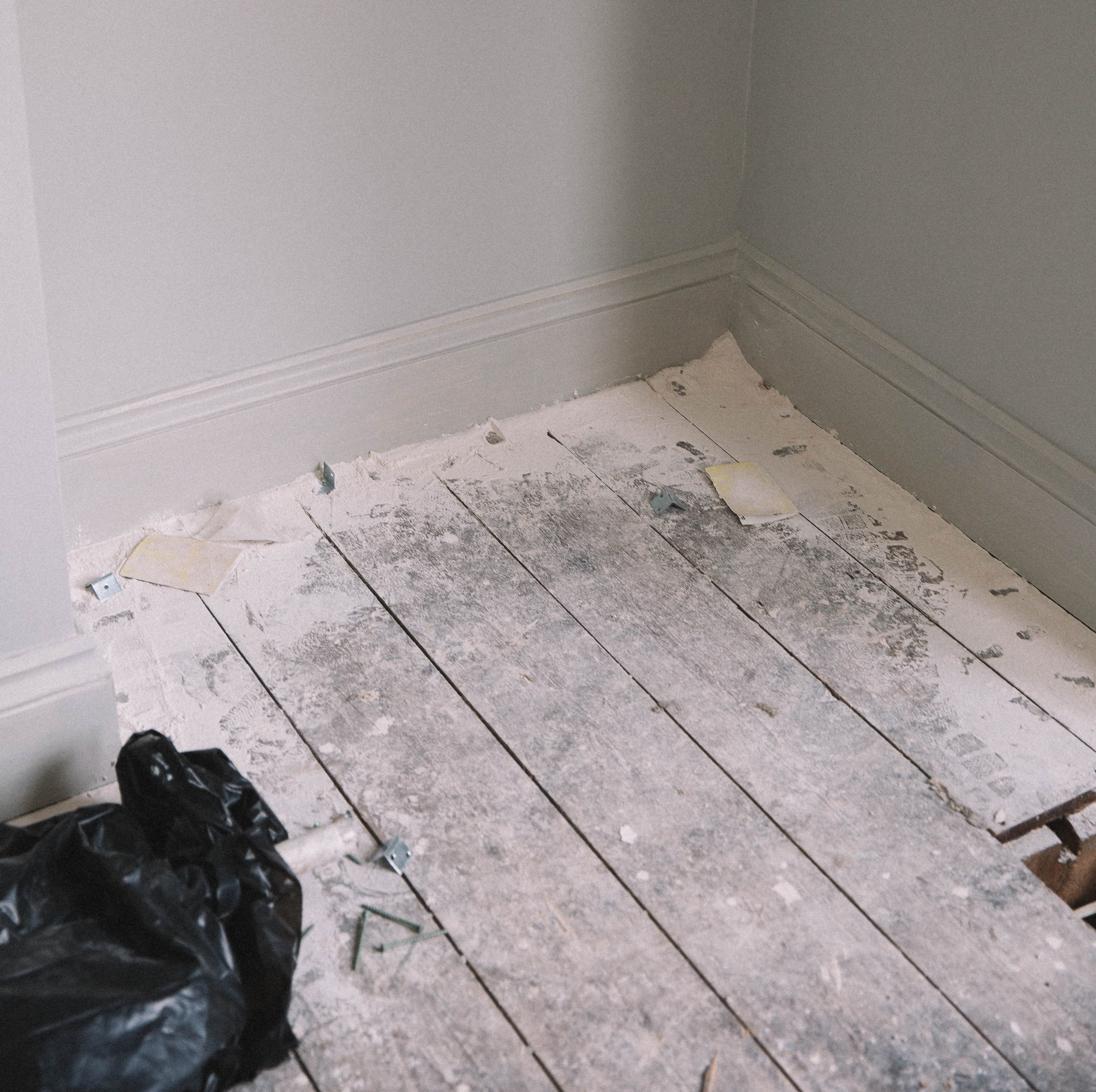 We’ve removed the two built-in wardrobes that were originally there and are having new ones fitted at the start of June. These will also be the same dark grey colour, which again I’m v excited and a little nervous about… That being said, the one thing I’ve learnt throughout this whole process so far is to follow your gut and although we’ve made a couple of what we felt like were risky decisions, every one of them has paid off so far – so fingers crossed! 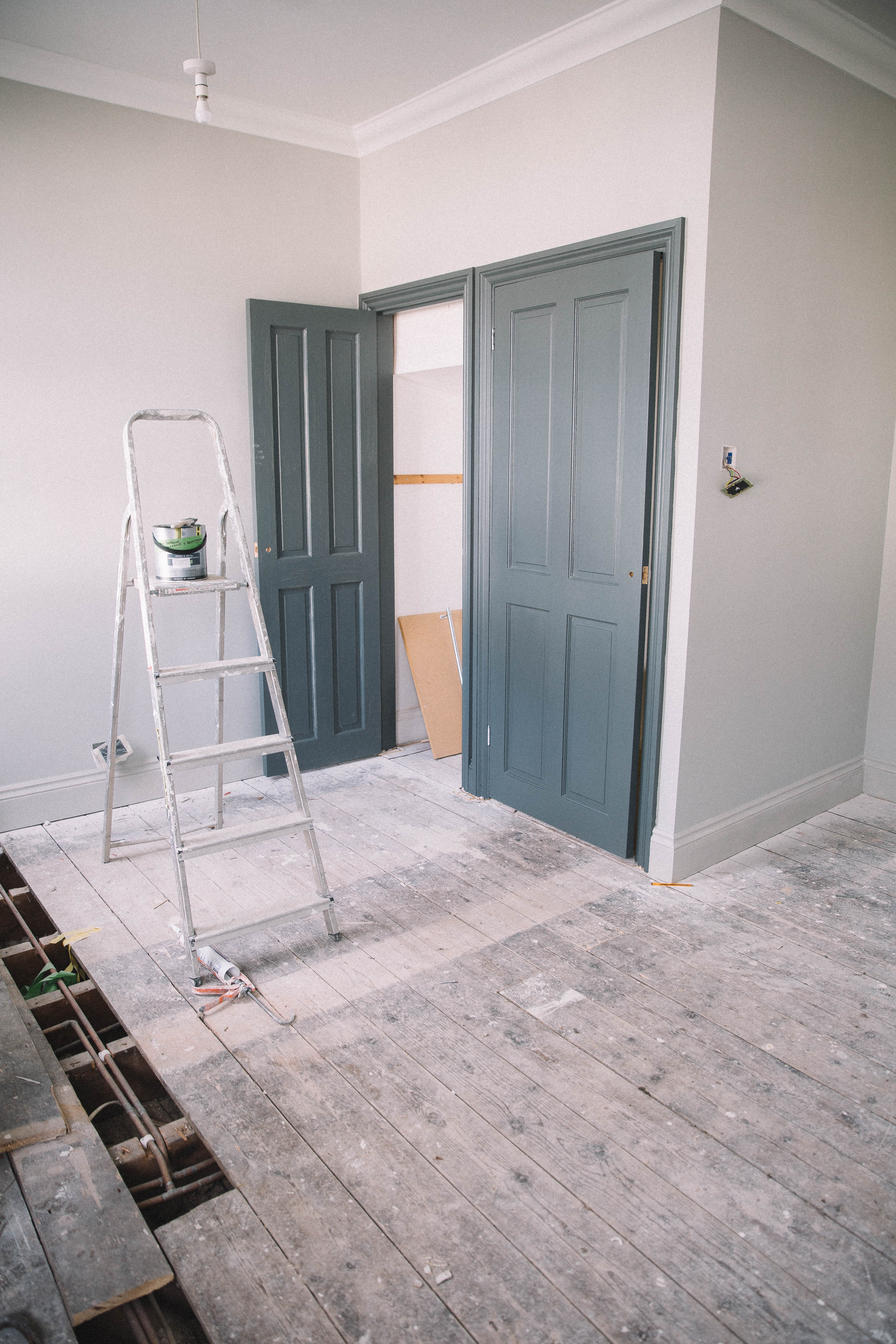 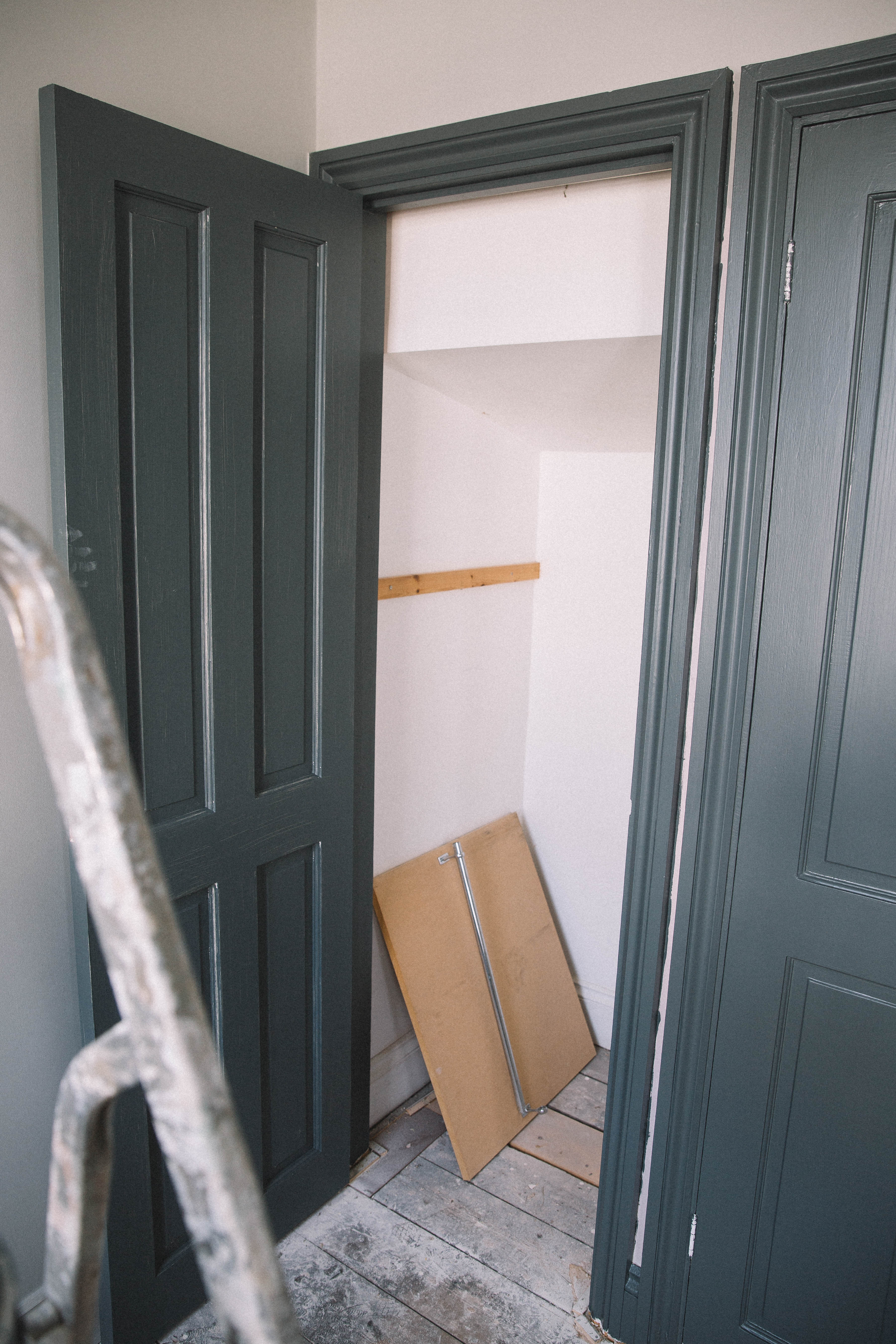 And finally, the attic bedroom. So, this room is a tiny loft bedroom with a teeny en-suite. It’s going to be a guest room which we want to feel super cosy. It’s basically big enough to fit a double bed and a plant or two and, voila, hopefully it will be the perfect place to crash after all the wine and sleepovers for our friends!

We knew we wanted to go with a dark colour, something that would ’own’ it’s small size,  so instead of trying to make it feel bigger and brighter, we wanted it to feel warm and cosy! We thought seeing as we have lots of blues and greys going on elsewhere it would be nice to bring a touch of green into the house! We bladdy love it, and I think once the carpets are in it’s going to feel even more snug!

Okay, I think that’s everything this week! Will keep you posted on next Monday & can’t wait for you to see what’s changed by then! 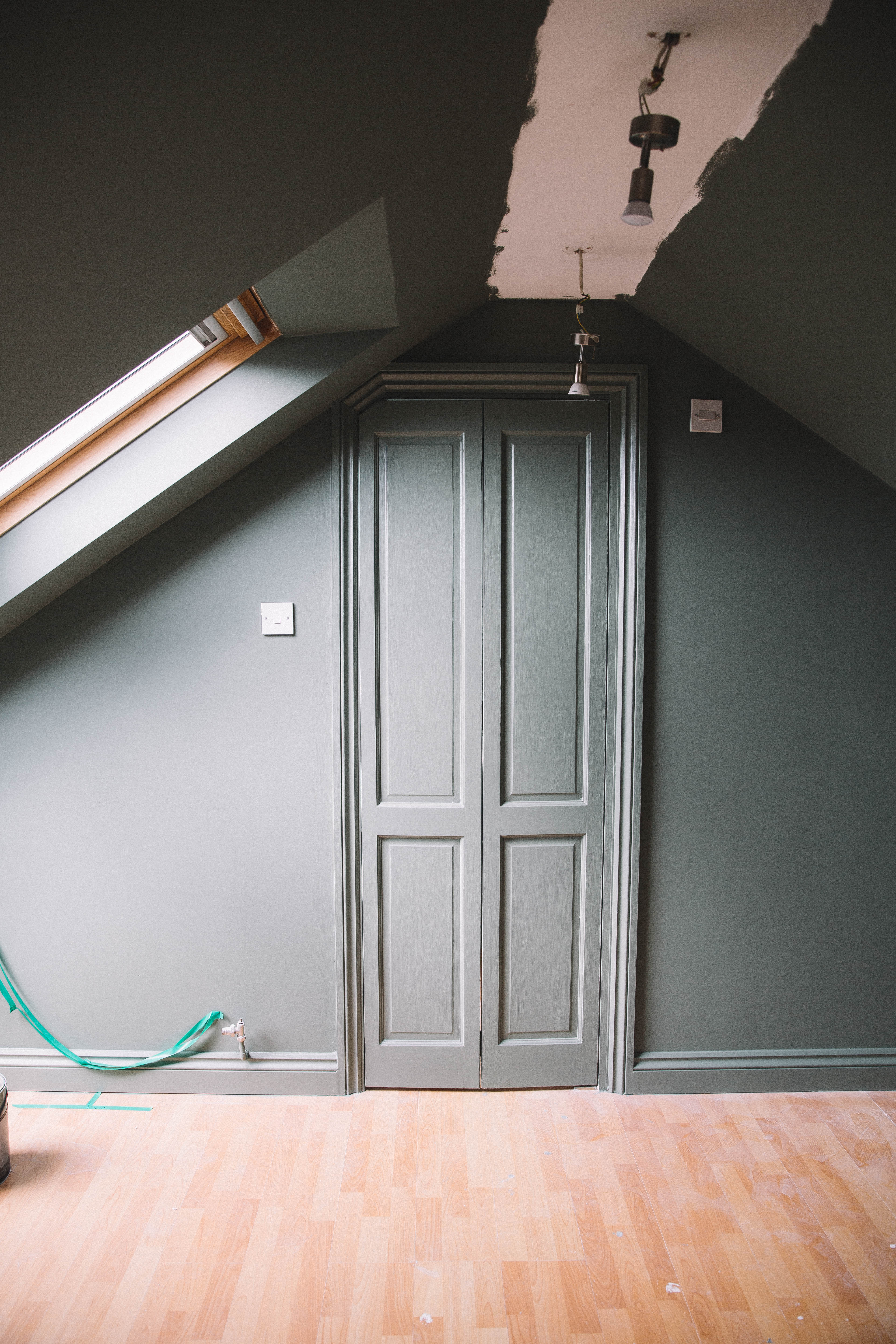 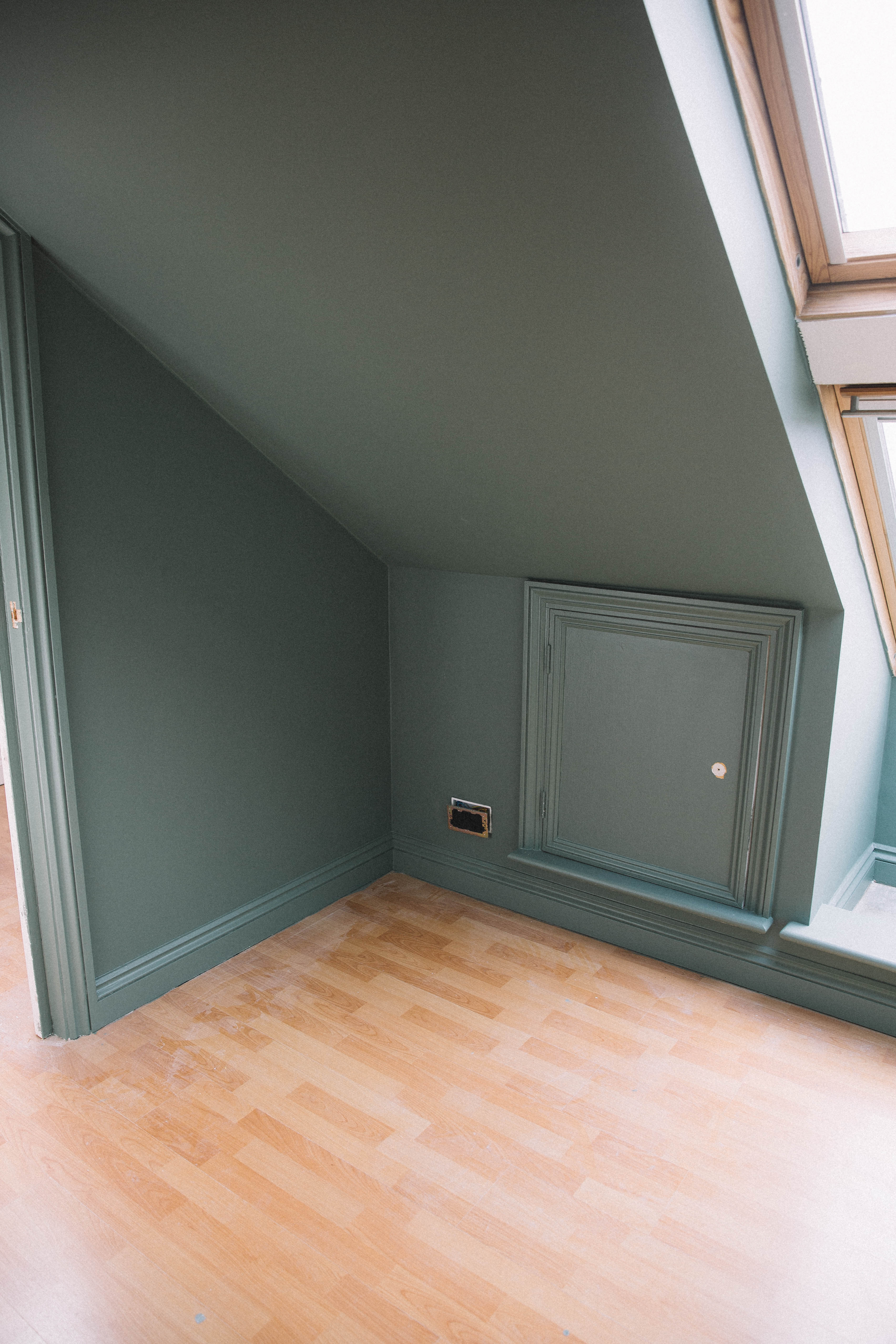 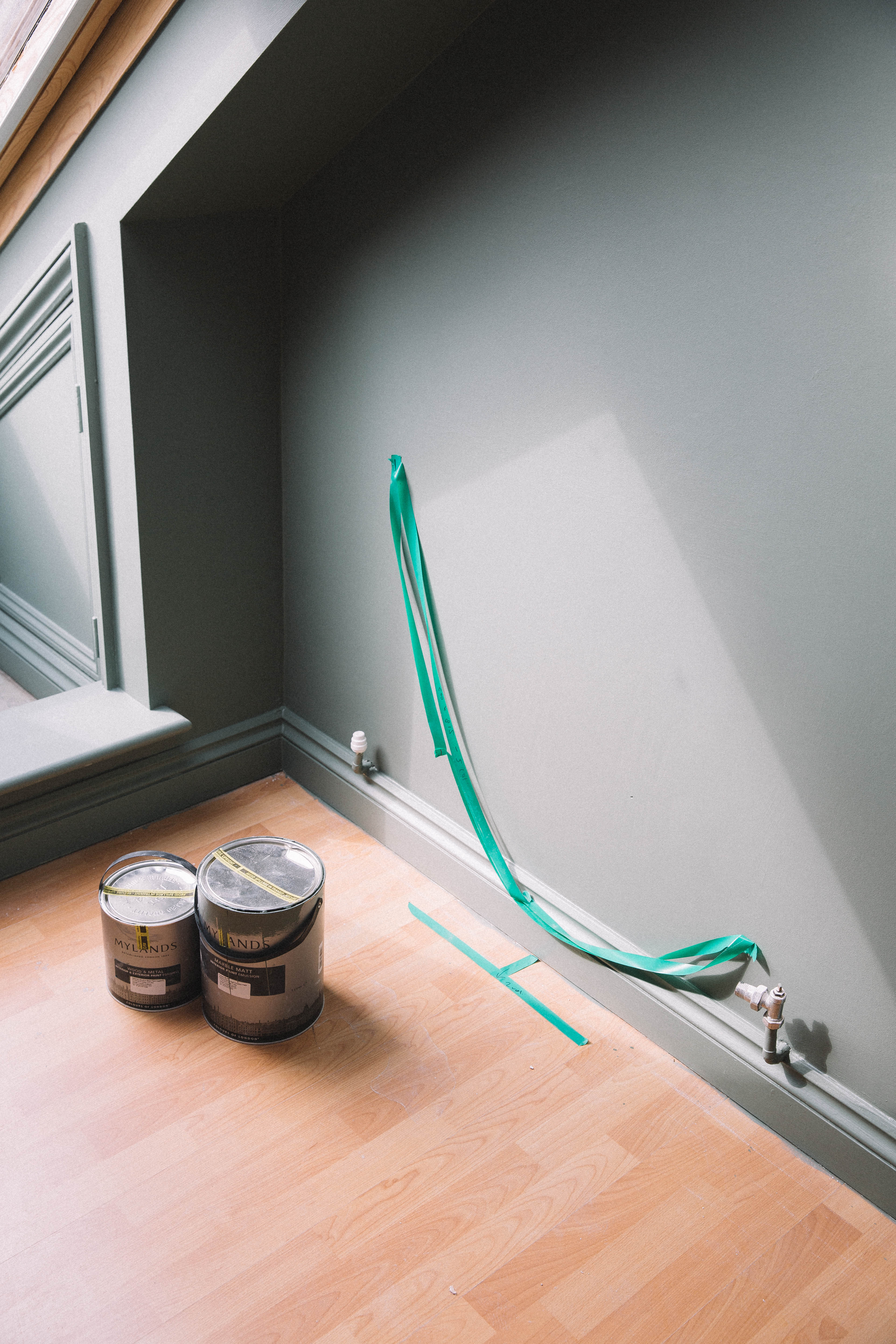 The House Diaries: The Final Images!

So, this feels kinda amazing! After first viewing the house almost nine months ago, I can finally say we’ve moved in! HURRAH! I’m literally bursting with excitement, gratitude and loveee right now. As cheesy as it sounds, the past few months have been some of the most full-on, but also the most special that we’ve…

END_OF_DOCUMENT_TOKEN_TO_BE_REPLACED

How is it Monday already? Christ, the weeks are going quickly! So, here we are at week five! Five!! We’re so nearly there! This week has involved more decisions, lots of patience and all the carpet related excitement! What more could you want! Right, let’s get onto it! Downstairs is looking pretty similar to last…