Throughout our renovation process, the garden was one of, if not the most asked about spaces… It was without a doubt towards the bottom of our priority list, but once we had started to clear it out a little, found ourselves not being able to stop…

As one day I imagine we will re-design the space as a whole we wanted to create somewhere we loved without pouring all the ££ into it… It was very much a group effort from both of our families, which I think is why I love it even more… A proper labour of love – So, here’s what we did! 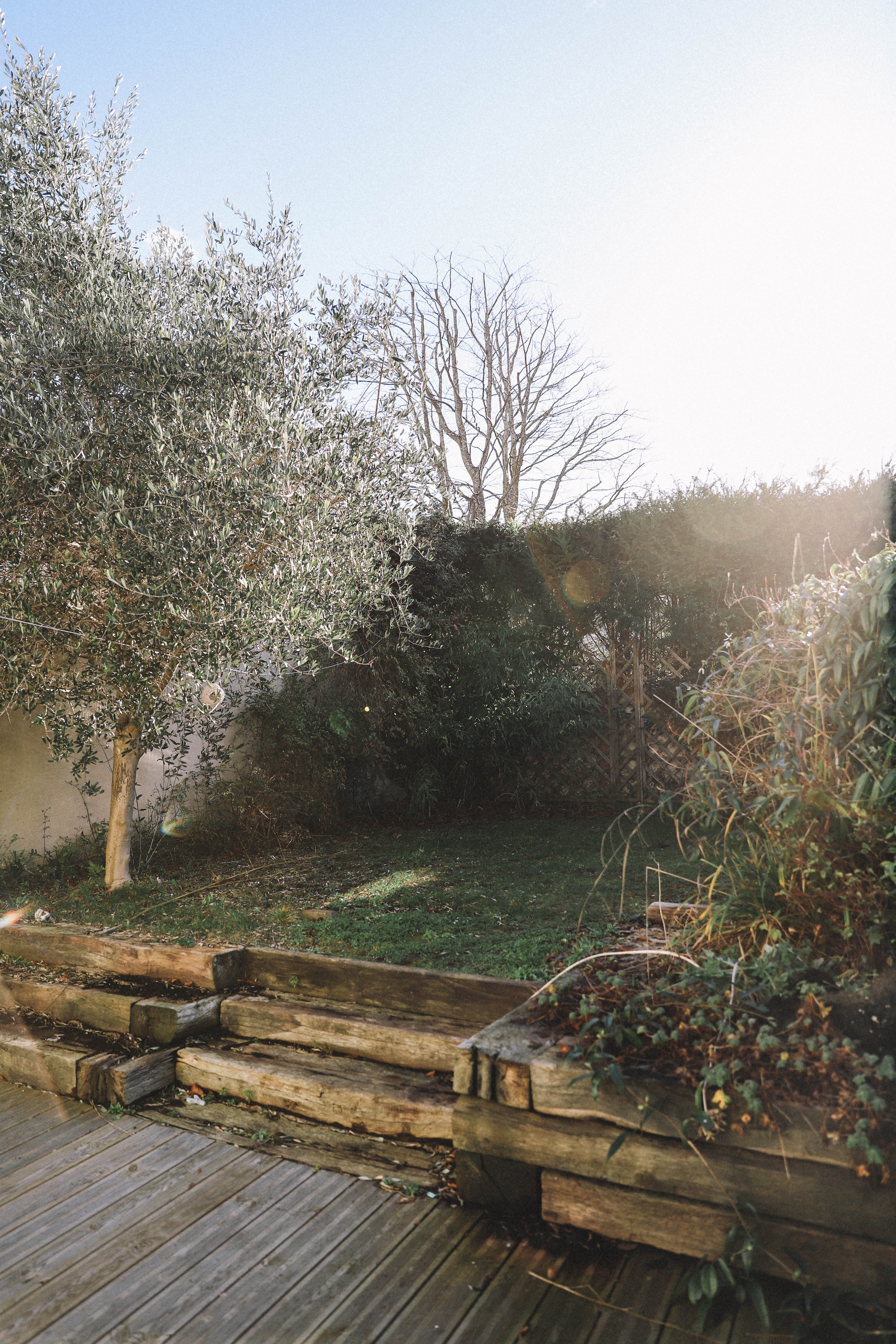 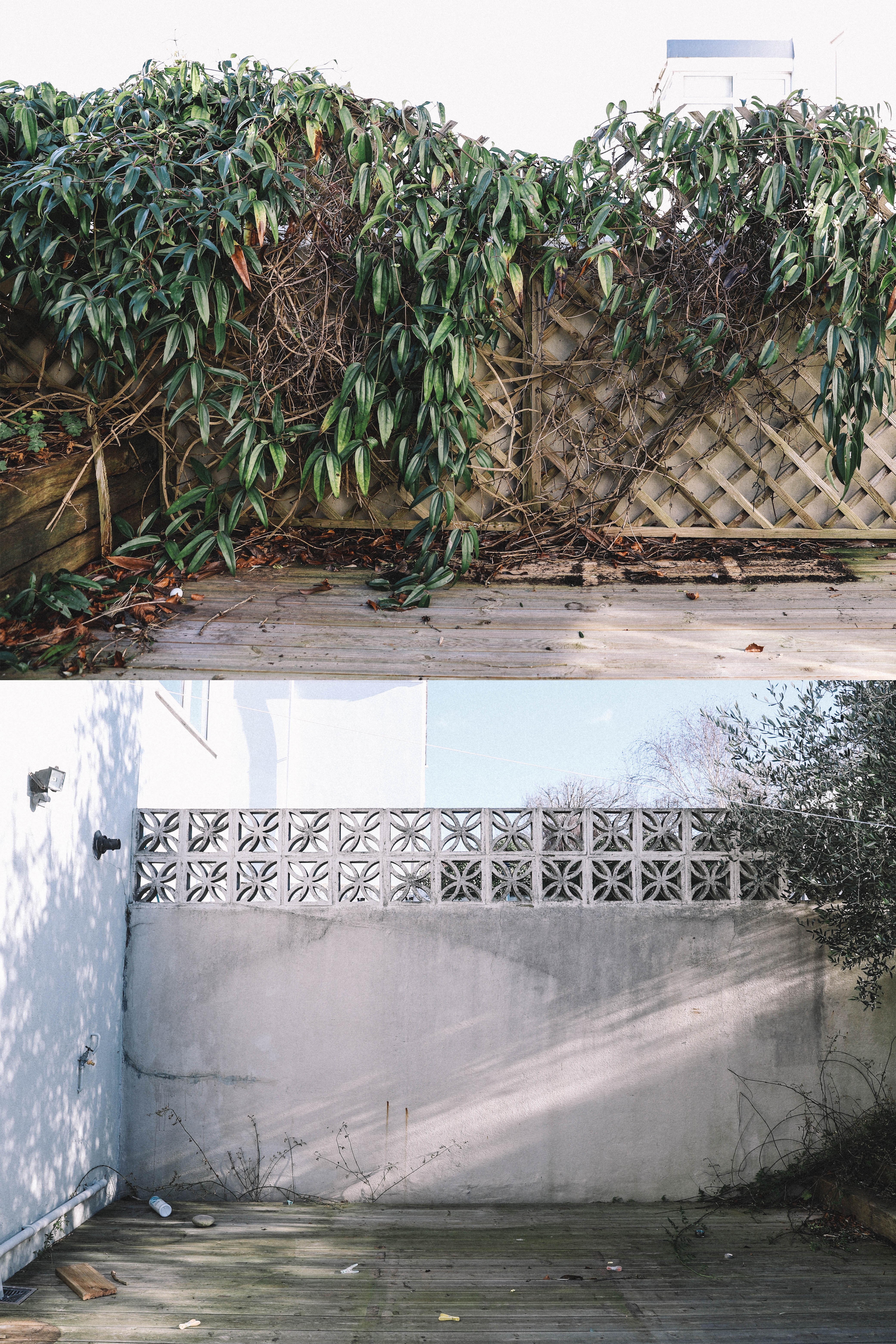 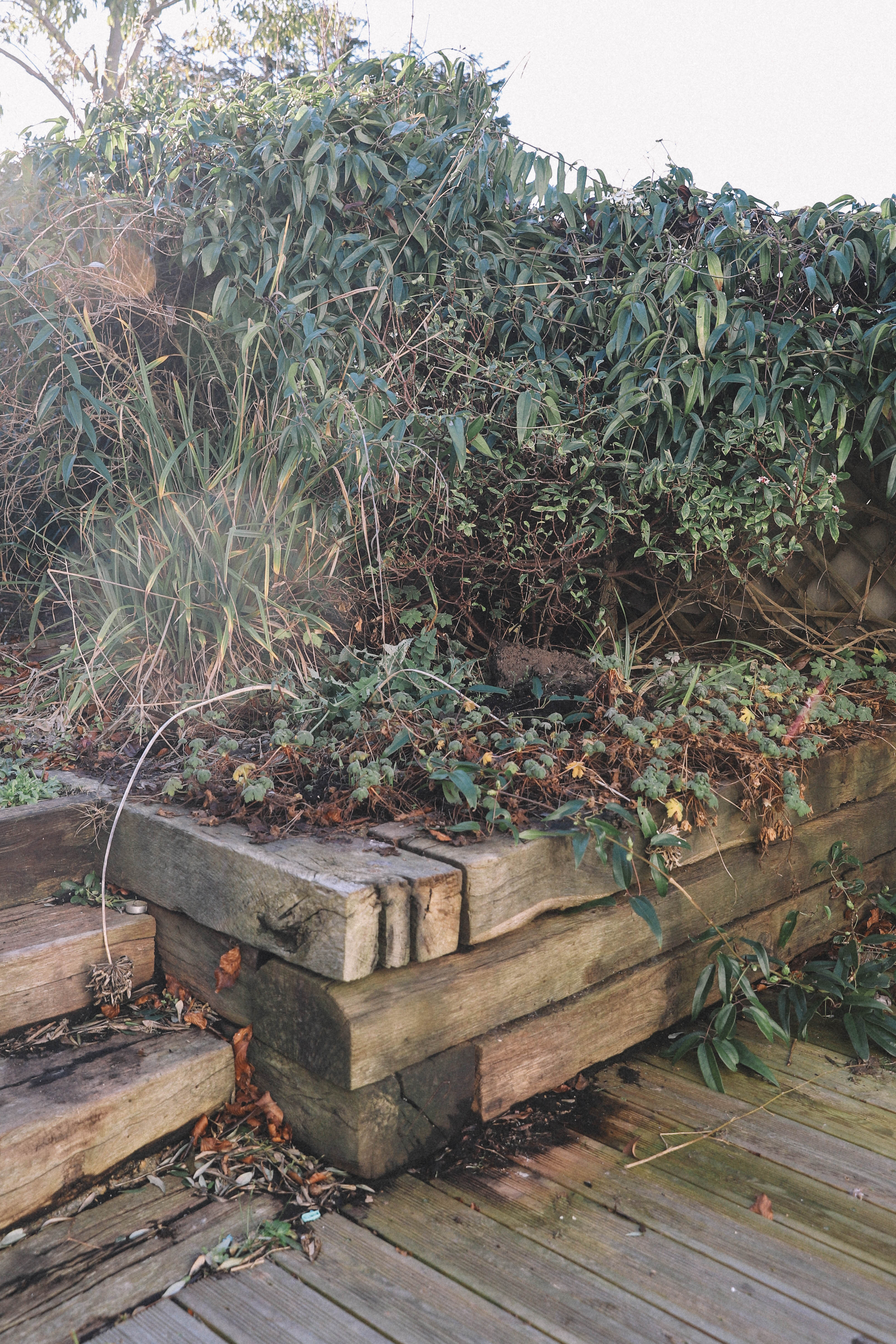 Clearing Out The Garden Space.

To start things off with we gutted the entire space. There were huge bushes covering the damaged fencing, a patch of bamboo that needed to be removed and a large span of ivy climbing next doors wall that needed to get gone. Basically, it was a bit of a mess.

We hired someone to come in and cut back the tall bushes, our olive tree and remove the larger parts of the garden we didn’t want to keep. Then we, alongside my parents, cracked on with clearing the rest of the space.

We were super lucky with the structure of the garden itself. The fact it already had a decking/grass area divide was amazing, and although it might not be ~exactely~ how I would do it from scratch myself, it was close enough that we could do something really lovely with it. 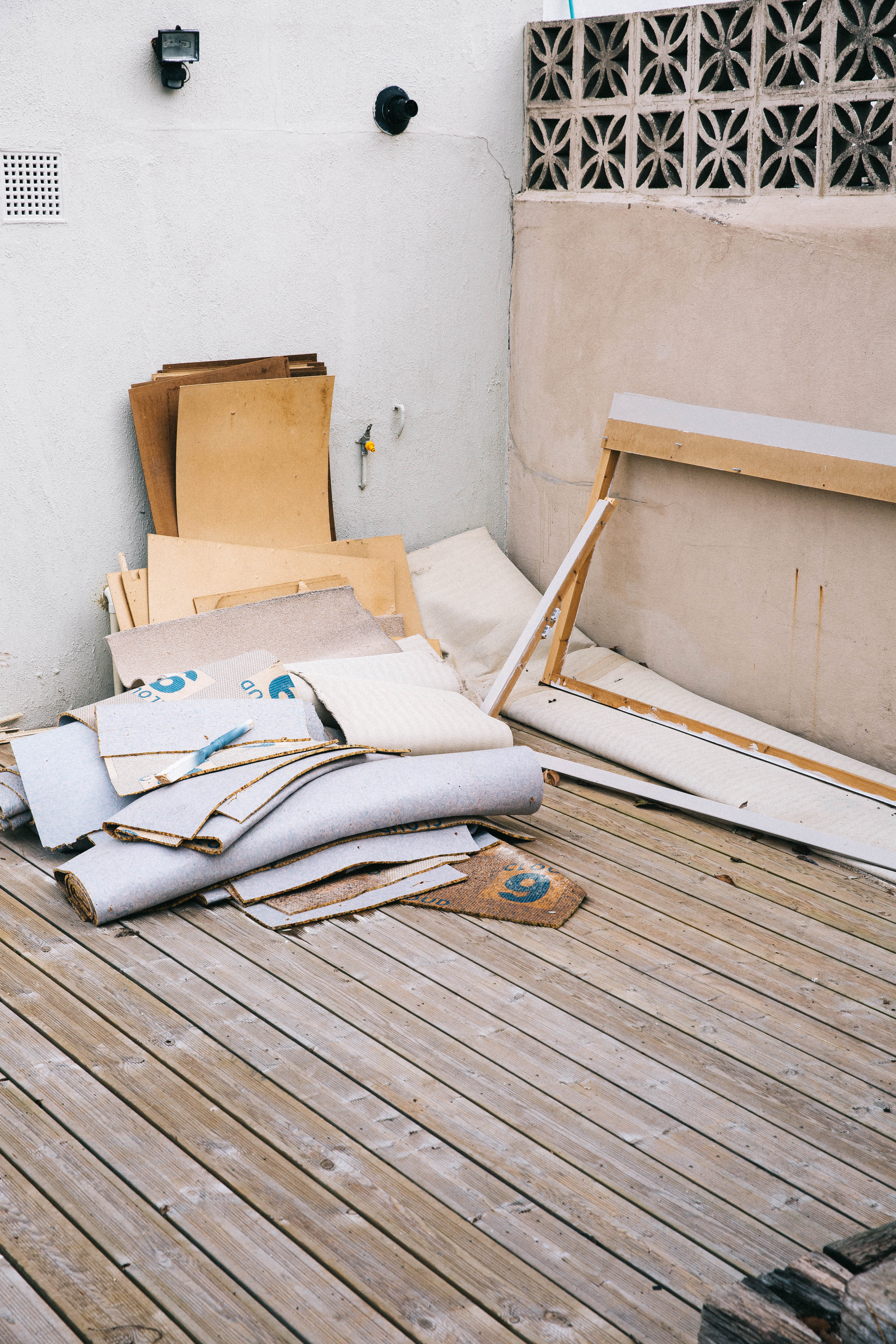 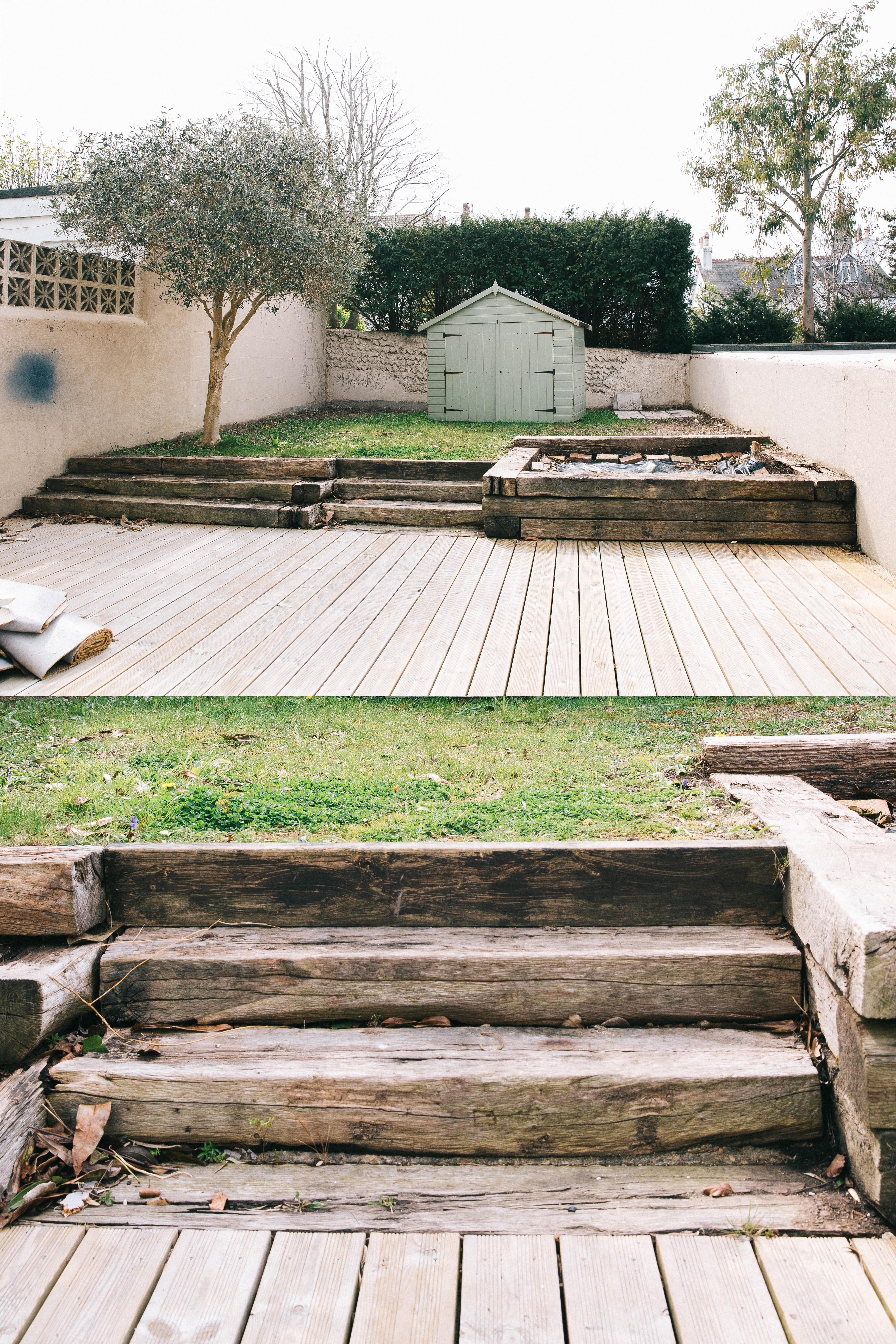 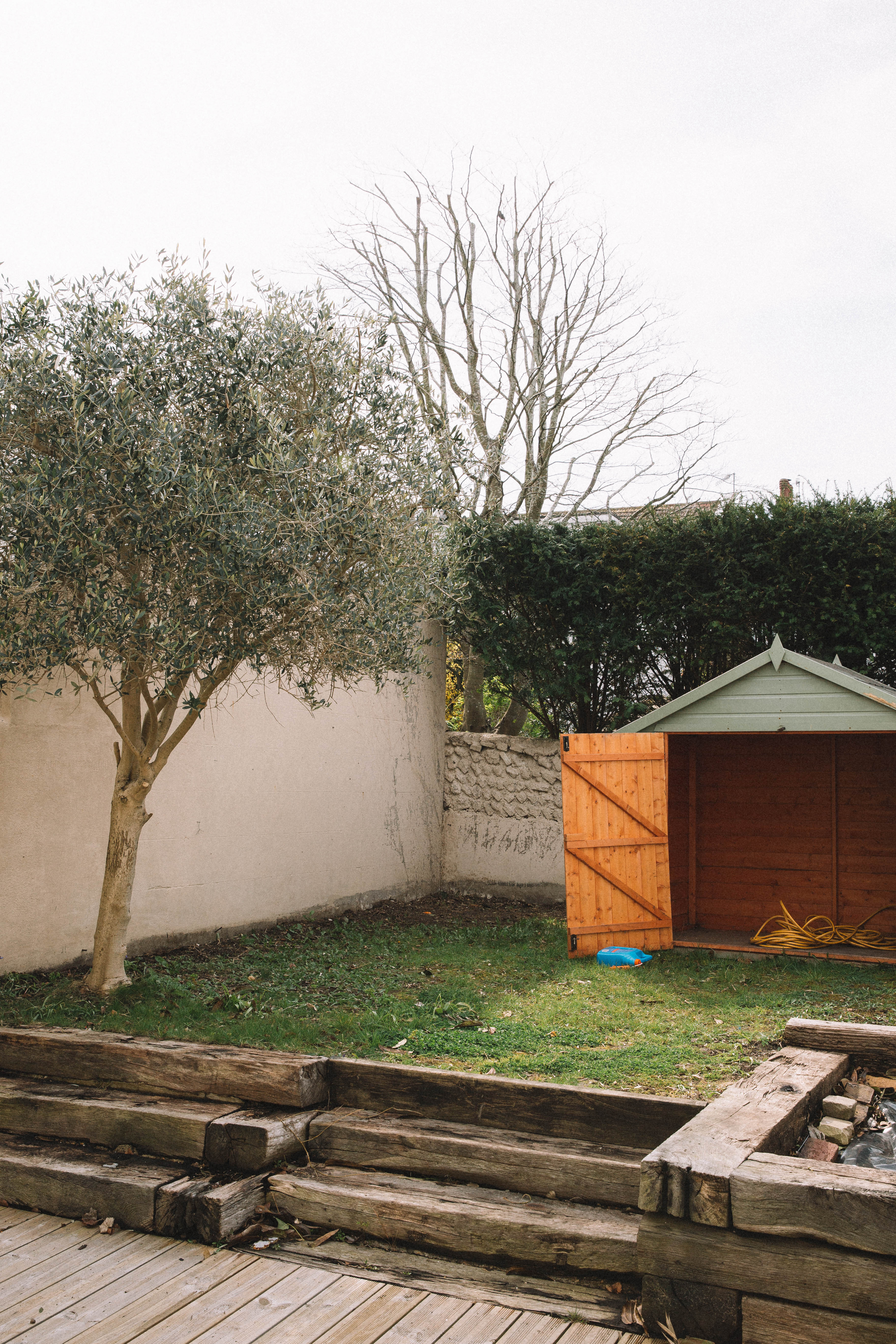 Deciding on the colour pallete.

So, a blank canvas ready we could finally start thinking about colour! The fact we were painting the inside of the house at the same time was super helpful as it meant we could make sure it worked well as a whole and flowed throughout… We knew we wanted to go for a deep navy on the walls, but the shed’s pink only came about as we painted the inside of our kitchen window pink and loved it. We gathered that it would be a nice touch and although I wasn’t 100% to begin with, I now absolutely love it! 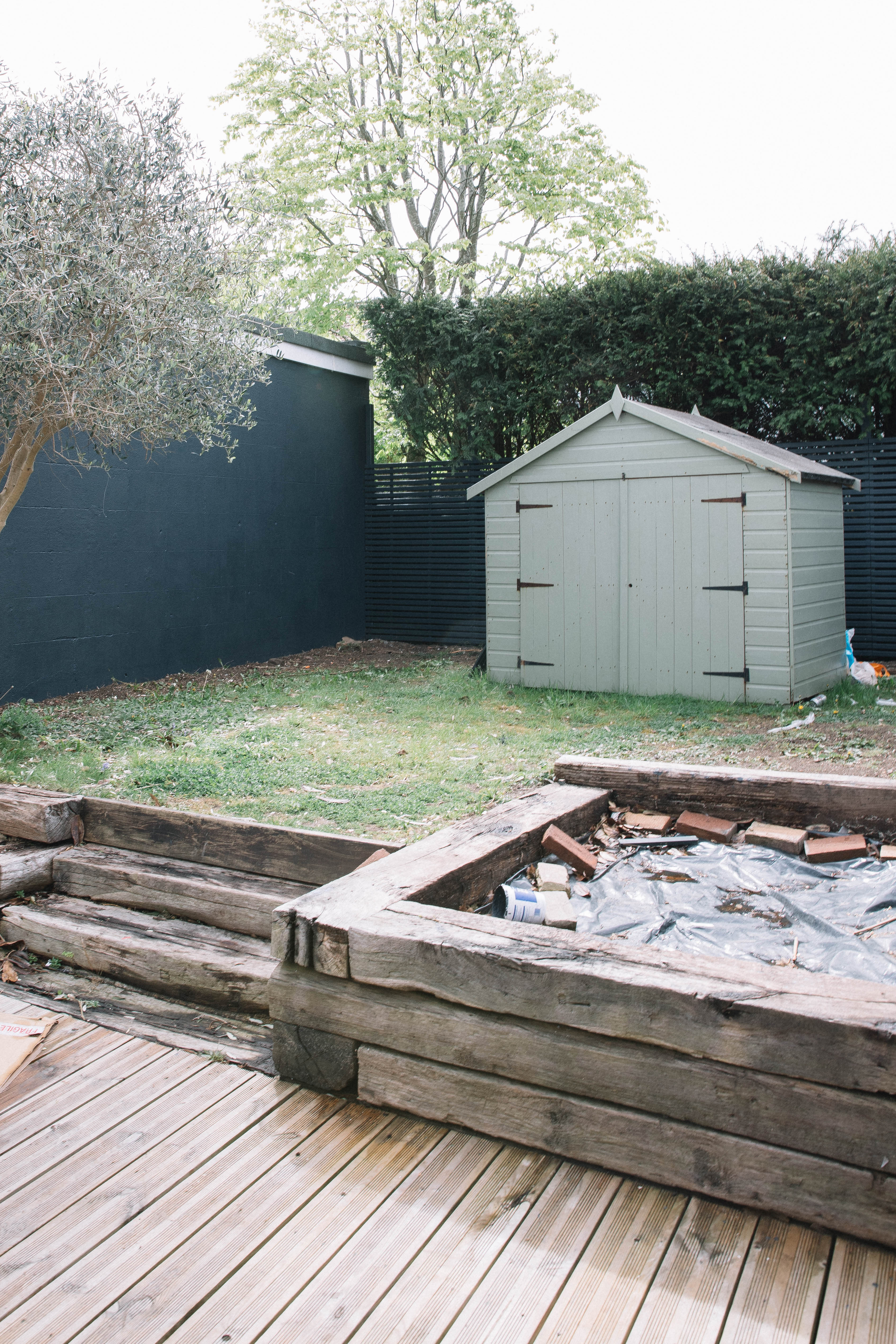 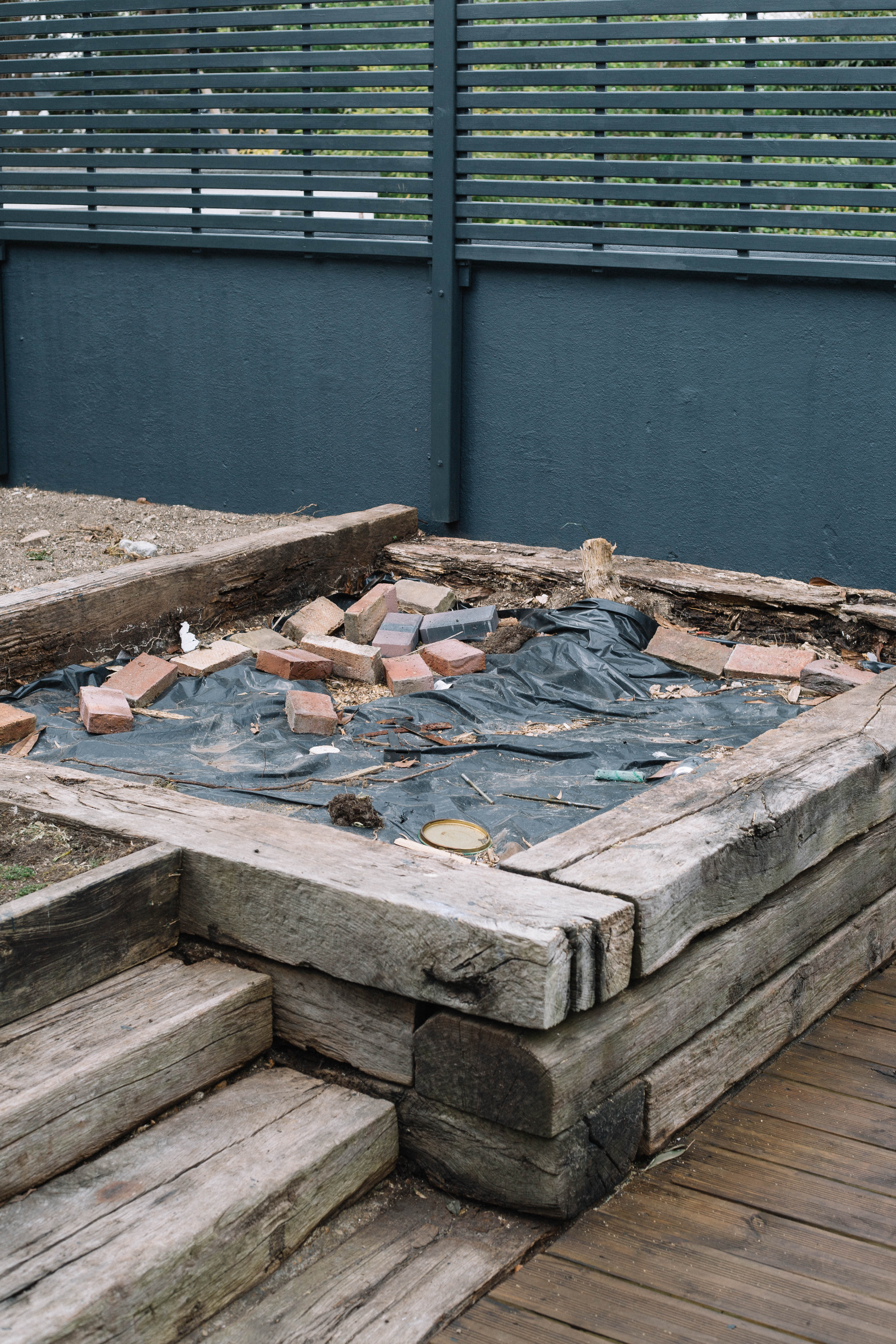 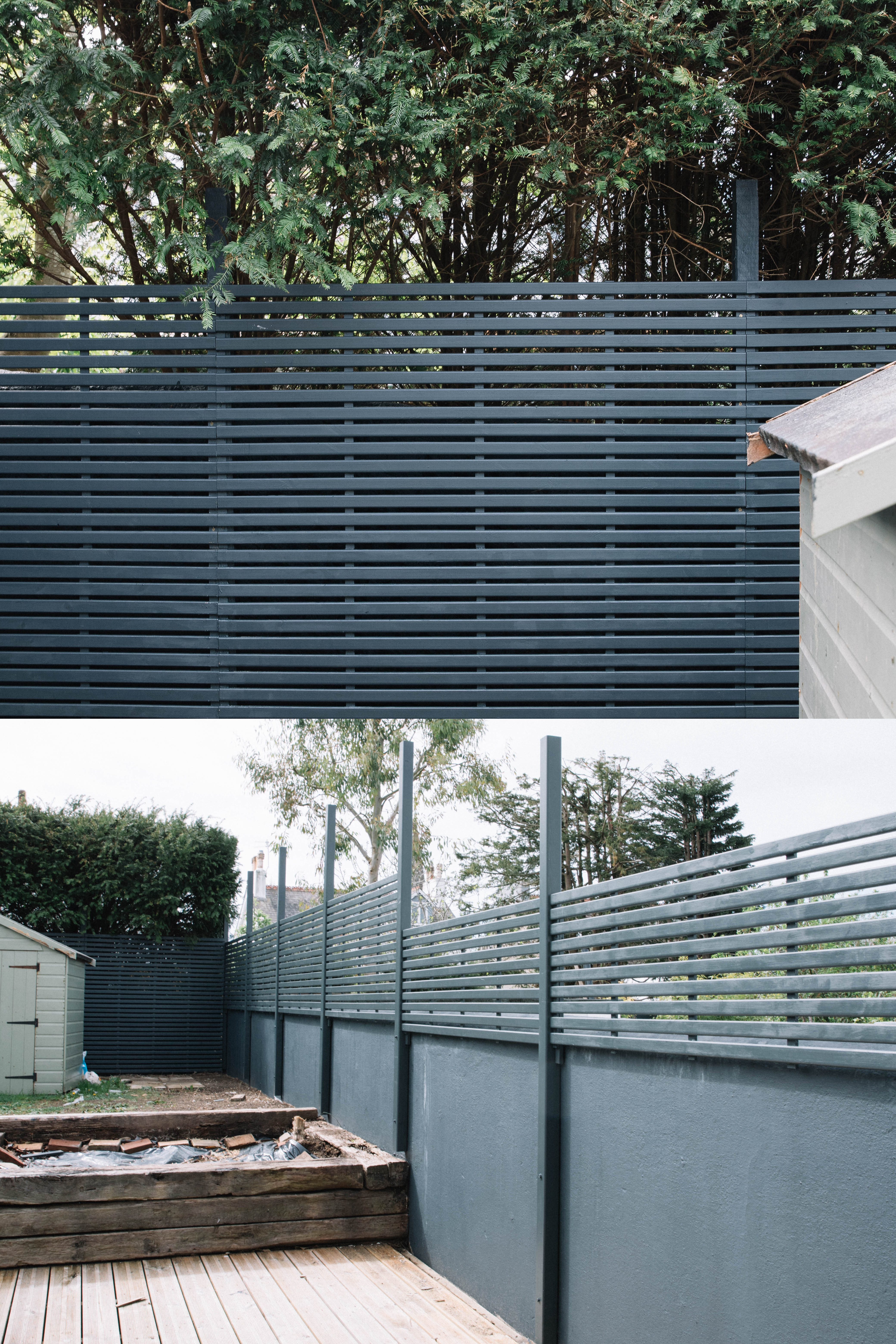 With our colour palette sorted, it was onto deciding on fences! Again, we had a clear image of what we wanted, but it was just a case of finding them… We knew we were after something that gave us privacy, but also didn’t feel like we were really closed in and after hours of website searching, we stumbled across Contemporary Garden and found the perfect design.

Thankfully, we had arranged a weekend of fence painting over the heatwave here which meant the gardens first (very DIY) BBQ alongside all the painting!

Sean and his dad took on the job of taking down the old fencing and replacing with the new, and within two days they had completely transformed the garden! Such DIY experts, they worked so hard to put it all together!

Fences up and painted and garden cleared it was time to stain the decking. So, we tried to cut a corner with this one and failed miserably. We picked a cheaper varnish but it looked awful and so we then had to go back and buy the more spenny one anyway… Rookie move, but it was worth a try! As we had gone for the dark walls we gathered a darker brown would work well for the decking too and I love it! Super happy with how it turned out and was great for brushing over the v old sleepers and covering the more rotten parts too! 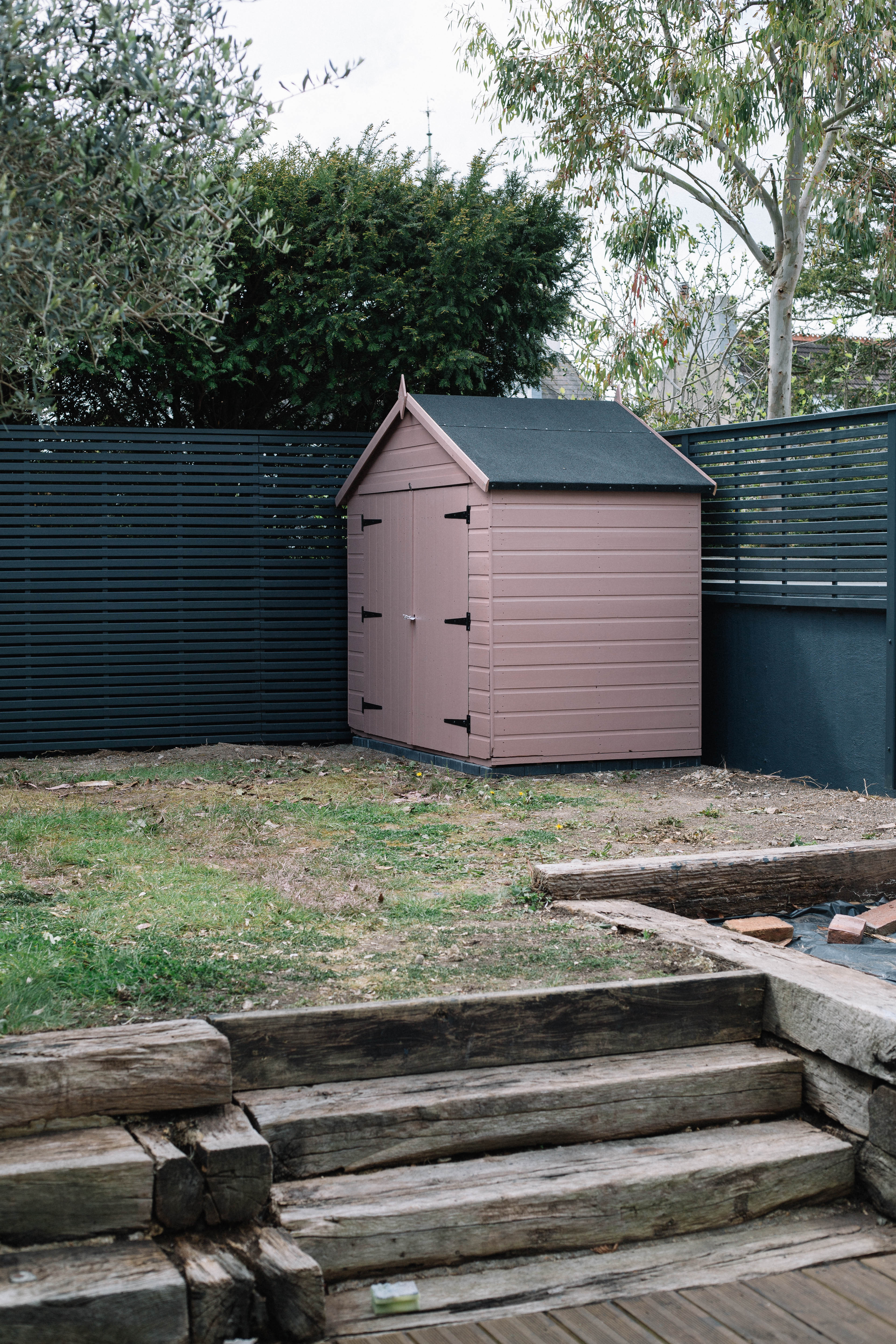 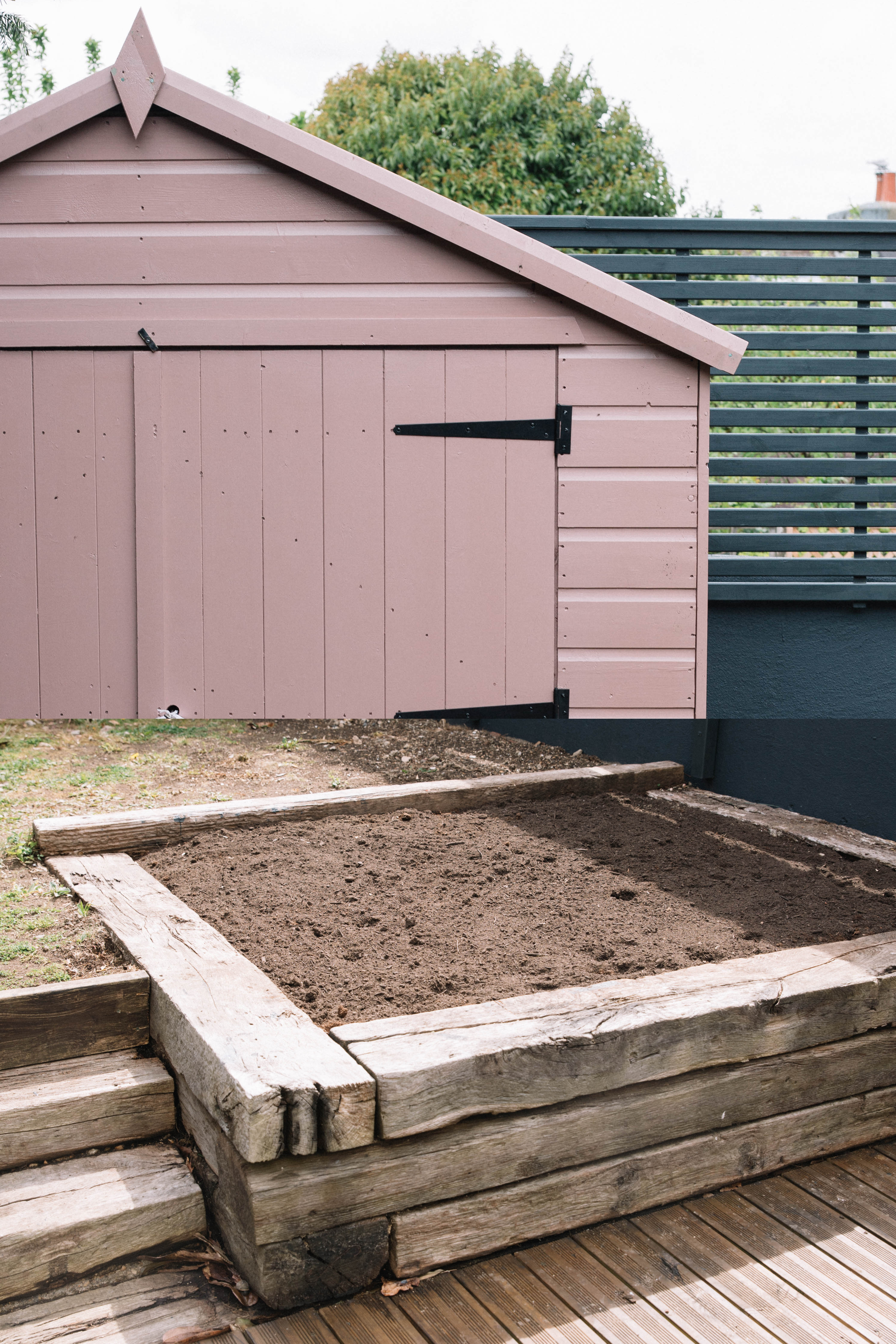 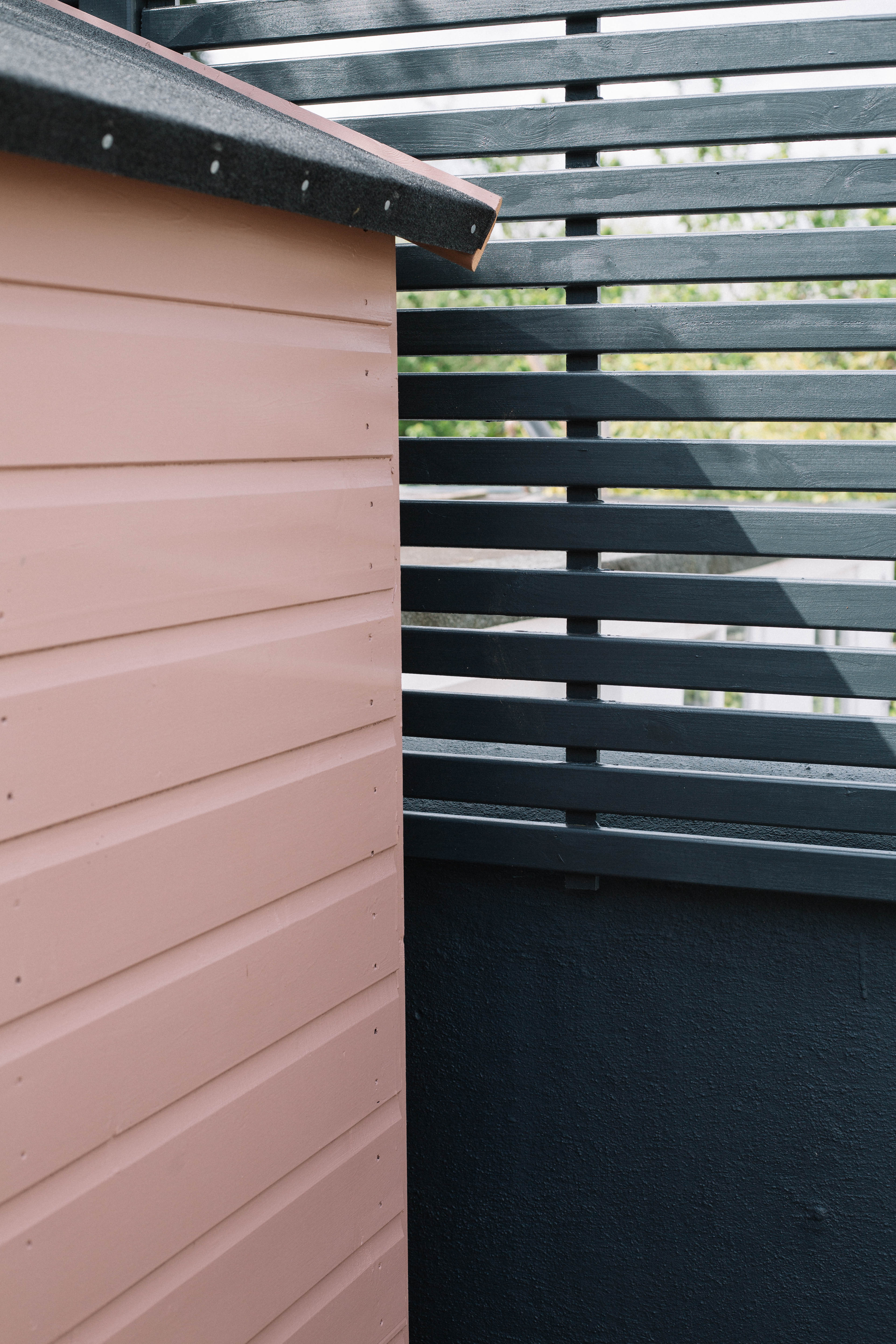 Next was the grsass! Now, we had planned on doing this ourselves but time got the better of us in the end, and as we wanted everything to be finished before moving in it just wasn’t feasible. The old grass was in fact mostly weeds and mud, so the difference it made to the garden as a whole was huge!

So, with the garden looking almost finished, the next and final step was to fill the flower bed! I don’t think I’ve ever been so excited to go to the garden centre entre in my life. We went for mostly pinks and whites, and although unfortunately, the Autumn weather has meant it definitely doesn’t still look like this anymore… I’m still absolutely loving having a space to play around with and change up season by season.

Right, I think that’s everything! Hope you enjoyed my garden ramble and let me know if you have any Autumn/Winter garden tips! I’d love to hear! 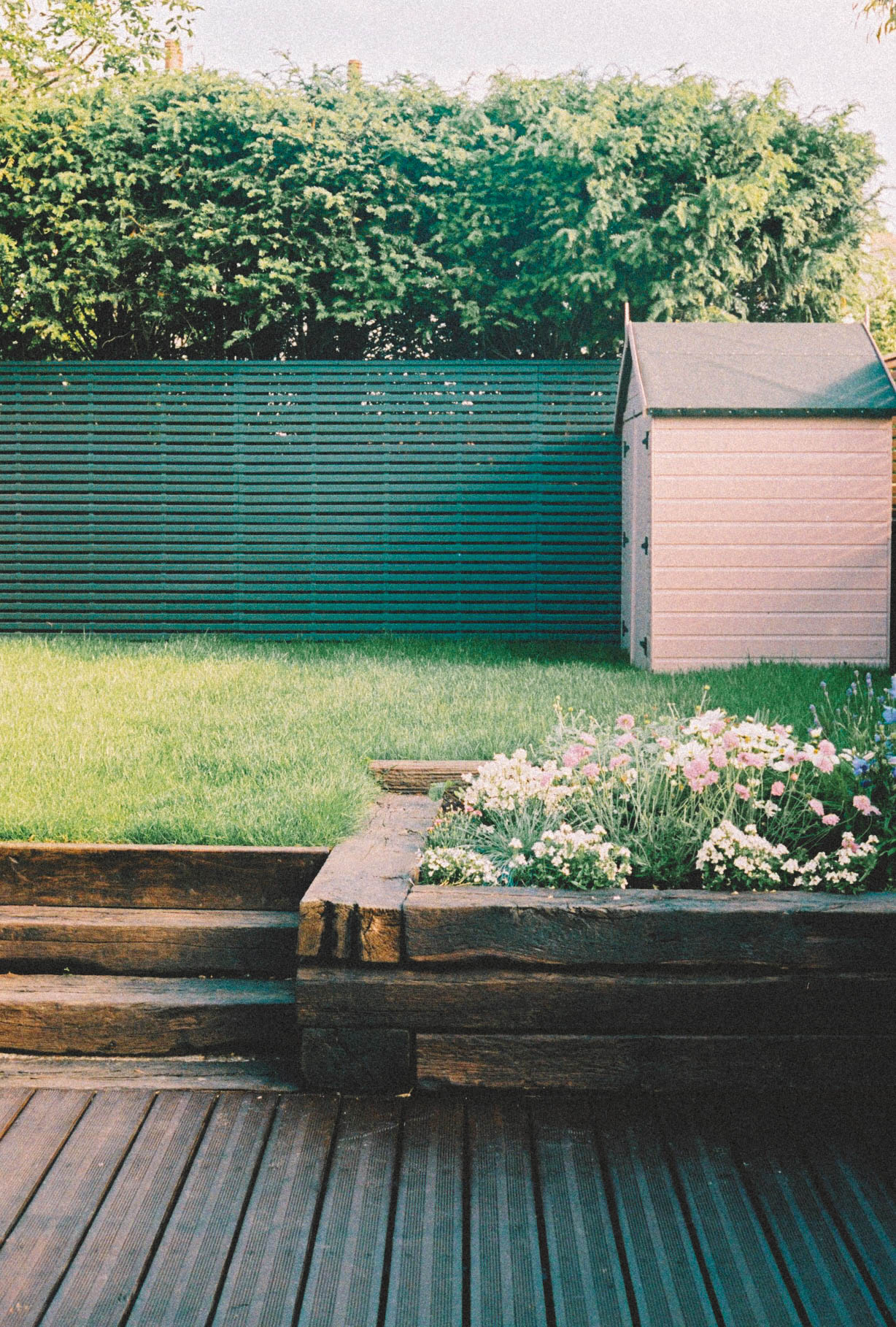 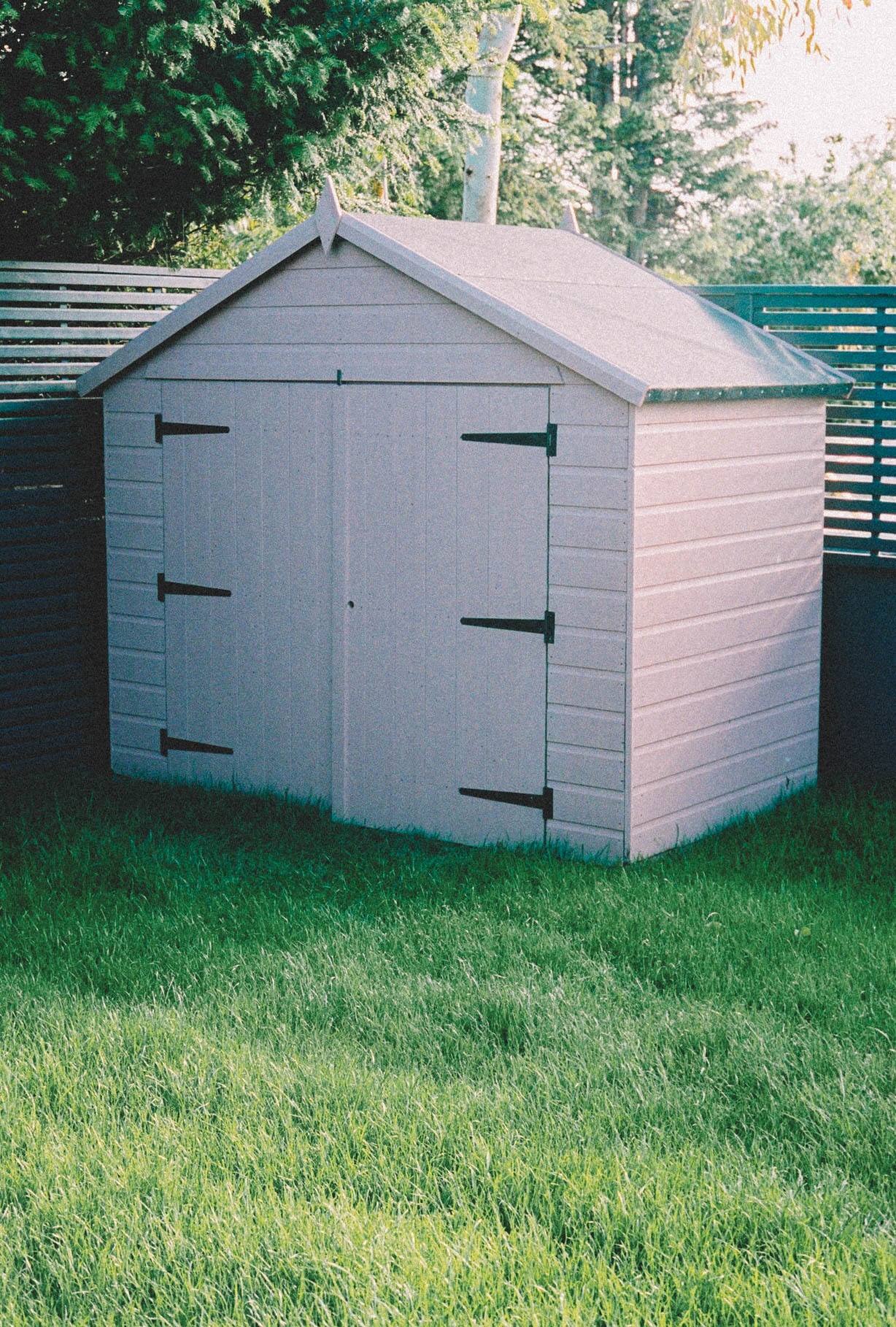 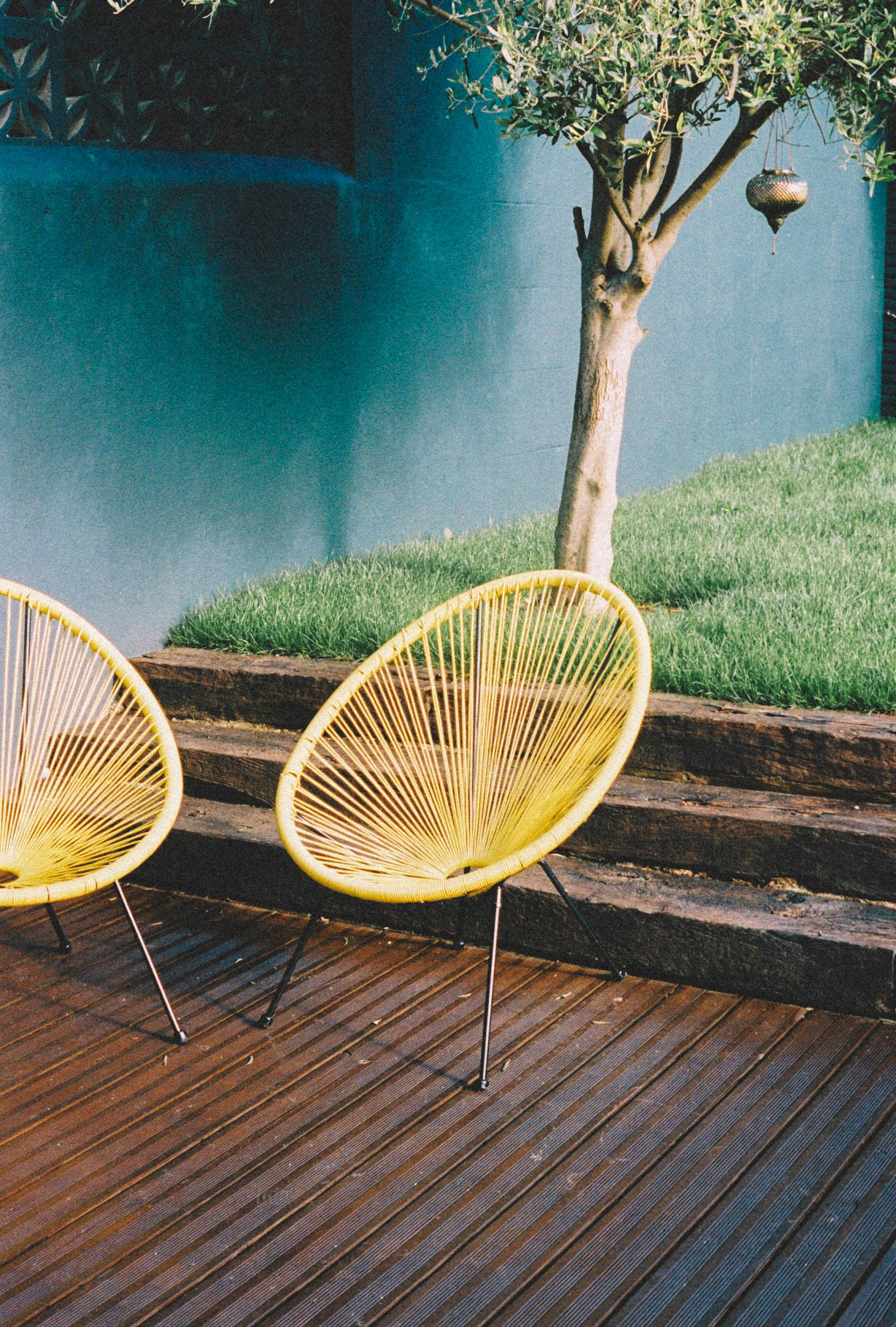 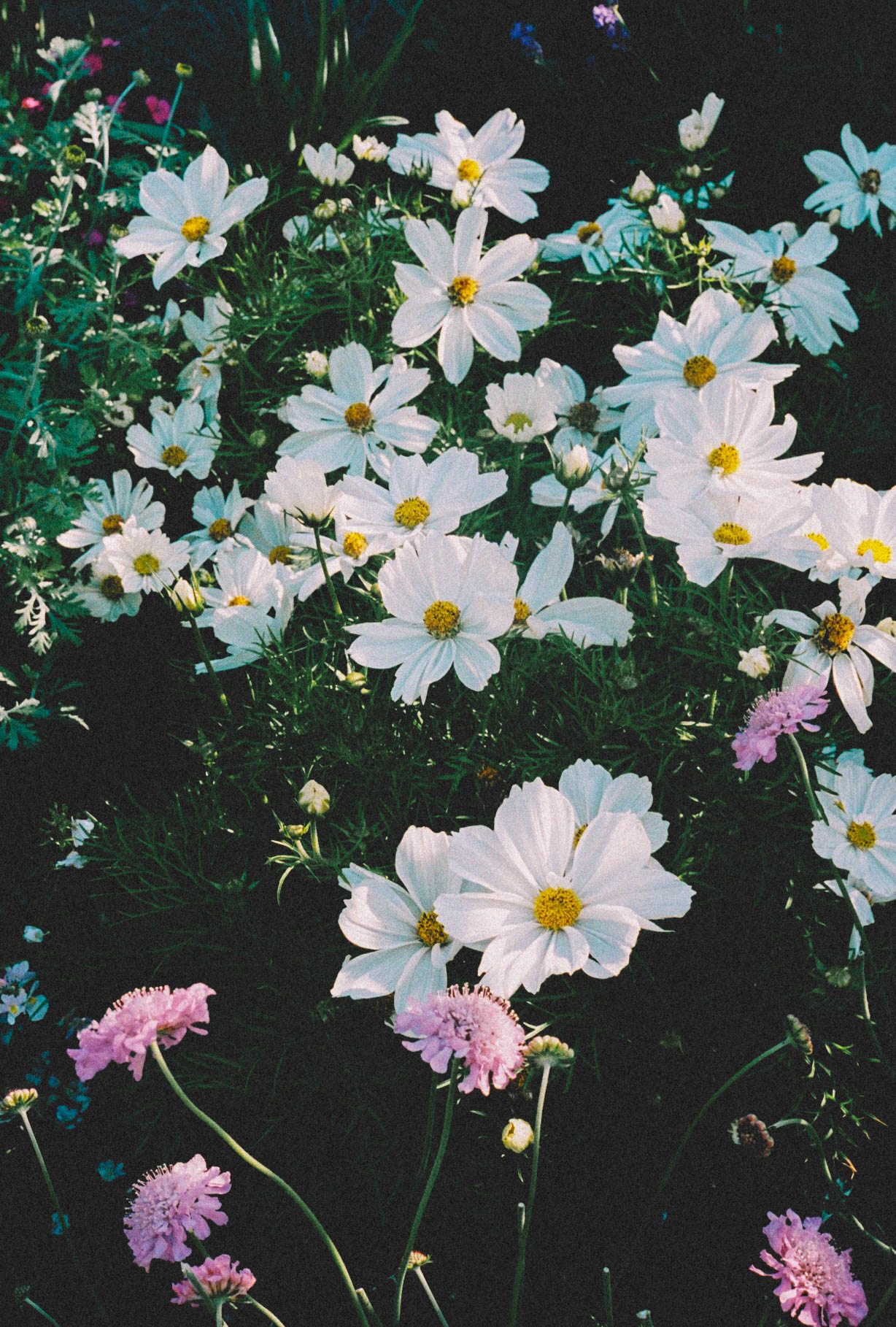 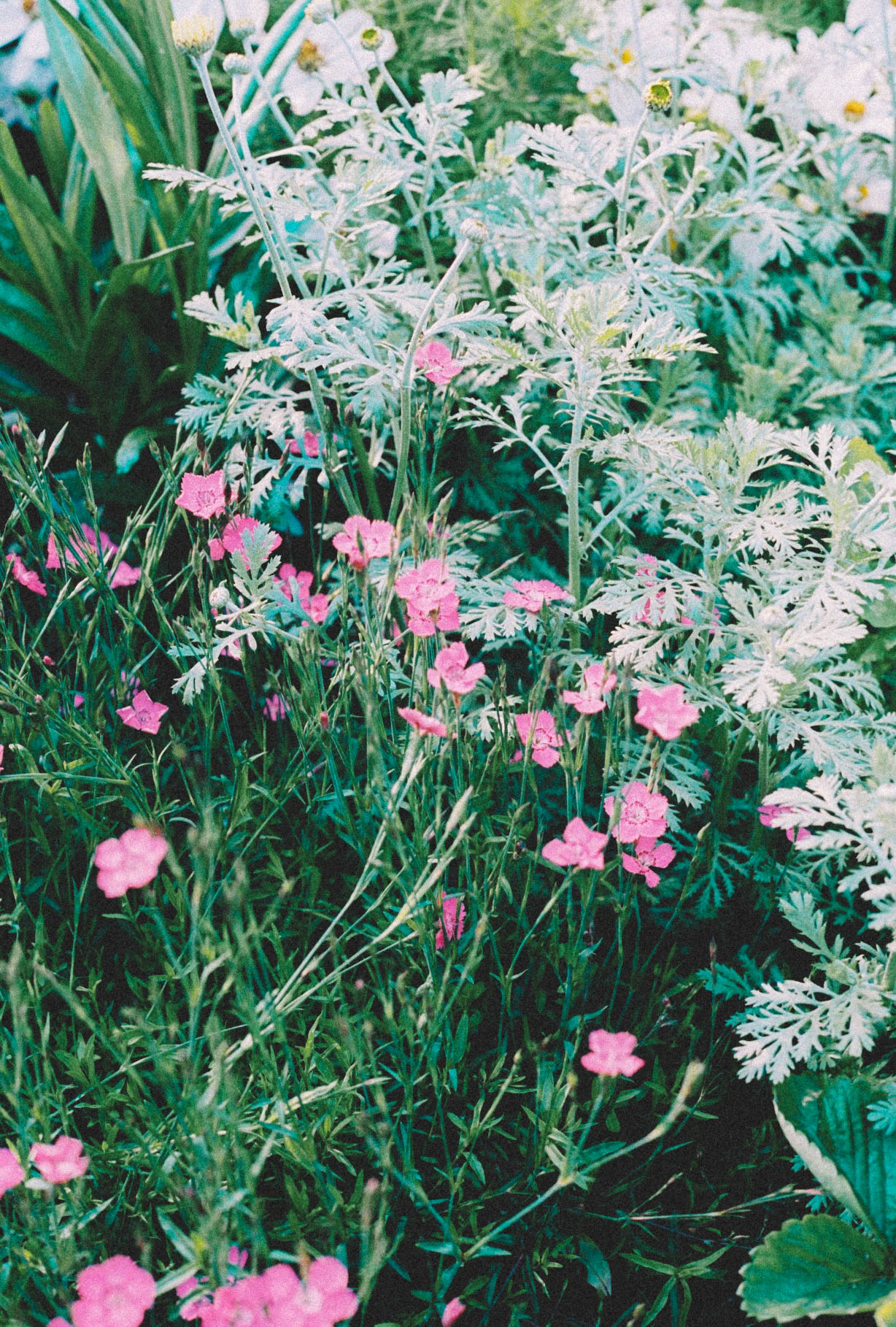 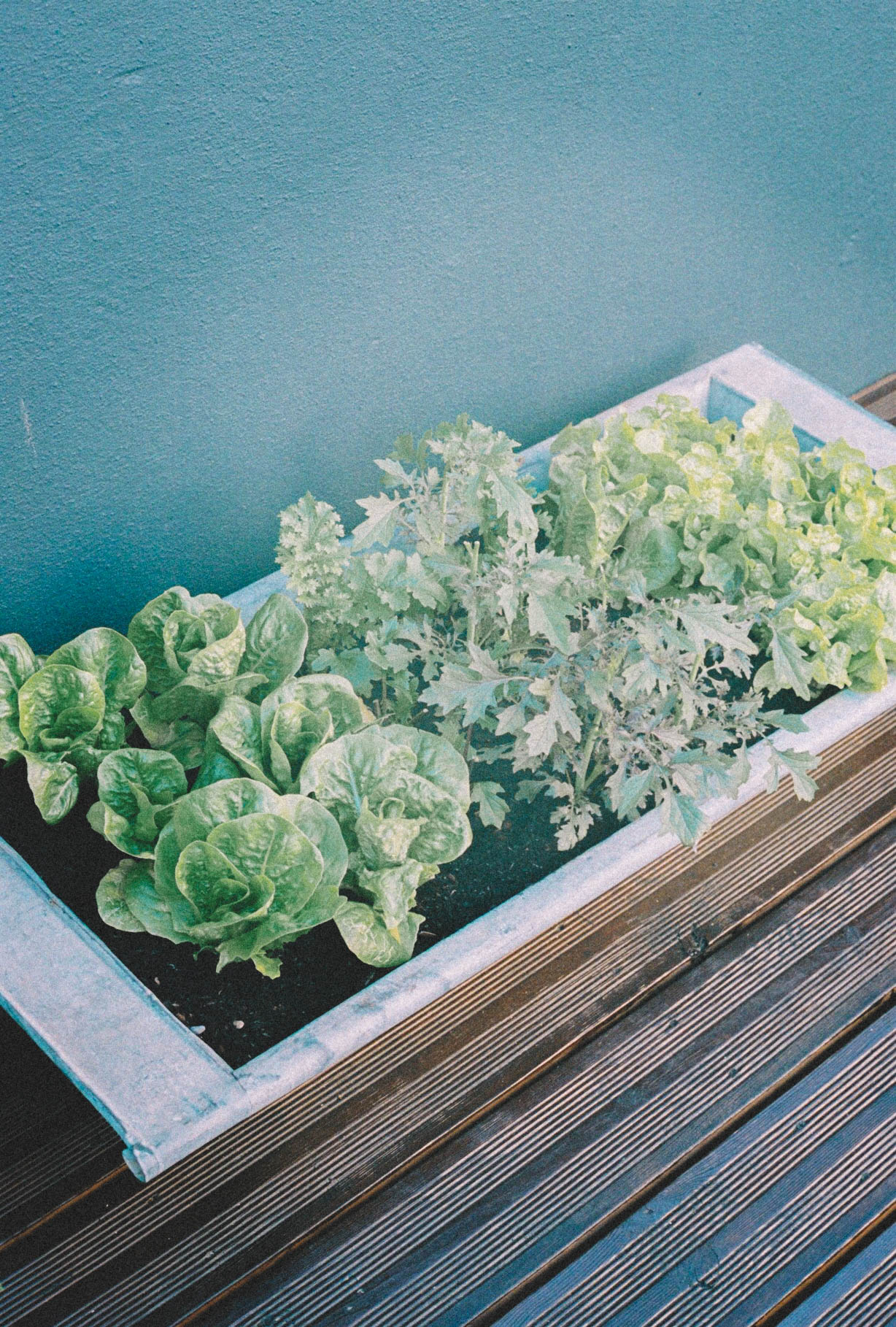 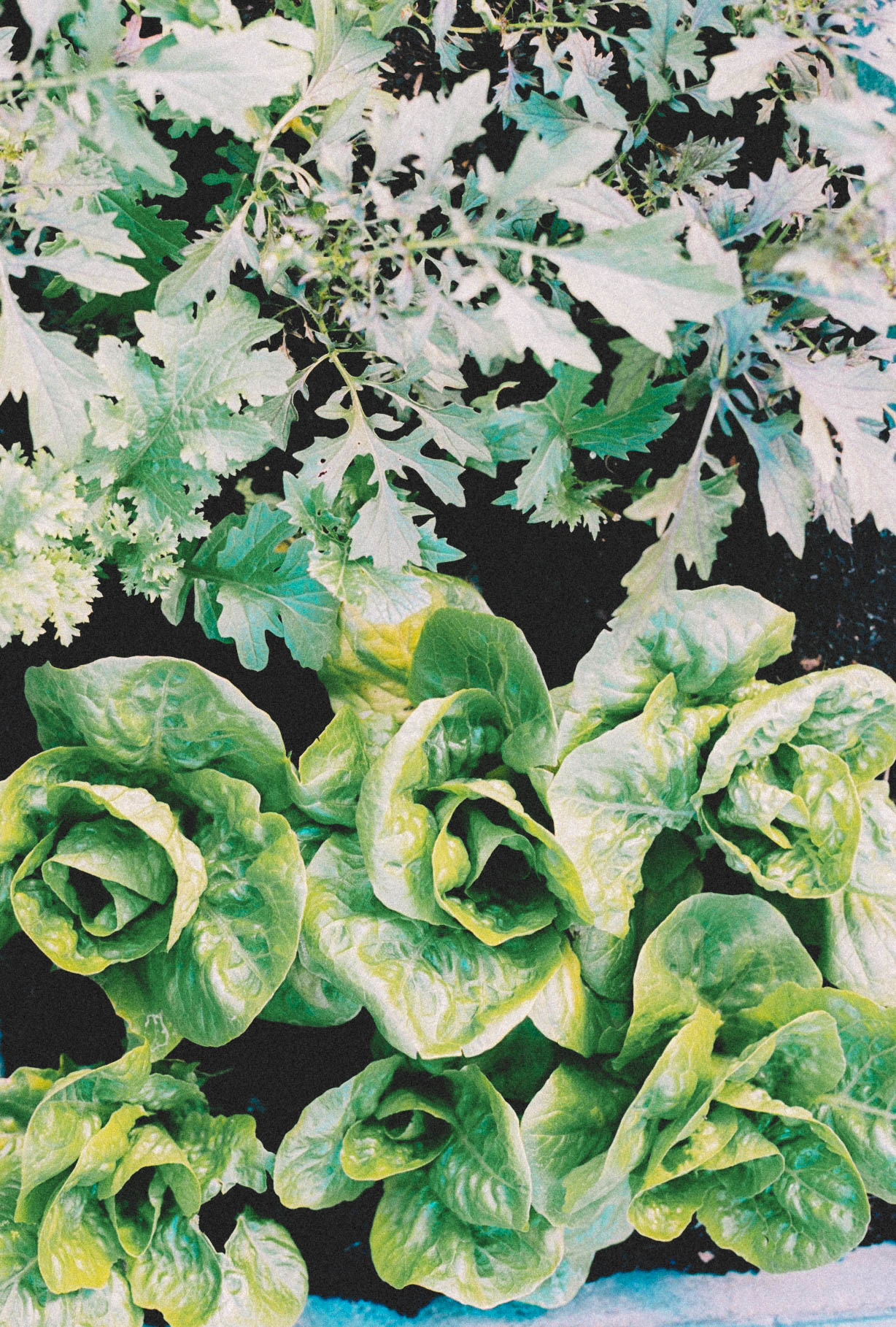 Hiya! How we’re already at week three I have no idea, but here we are! I was fully ready to not have much to say today, but after not visiting the house for a couple of days it already feels like so much has changed since last week! Time is going quickly and although I…

END_OF_DOCUMENT_TOKEN_TO_BE_REPLACED

Hey loves! Hope you’ve had a gorgeous weekend! Things have been super busy in the house this week and although I can’t quite imagine how we are going to get there, the decorators say we’re aiming for a mid-May finish. I mean, to me the house looks like an absolute building site, buttt I trust…